I still can’t believe I ran 13 bloody miles at the Cardiff Half Marathon on Sunday, even though my achy knees, tendonitis-ridden foot and sore EVERYTHING would tell me otherwise. It’s been my goal for two years or so to run a half marathon but I’d never committed to the training, despite being an avid gym goer and lover of exercise. 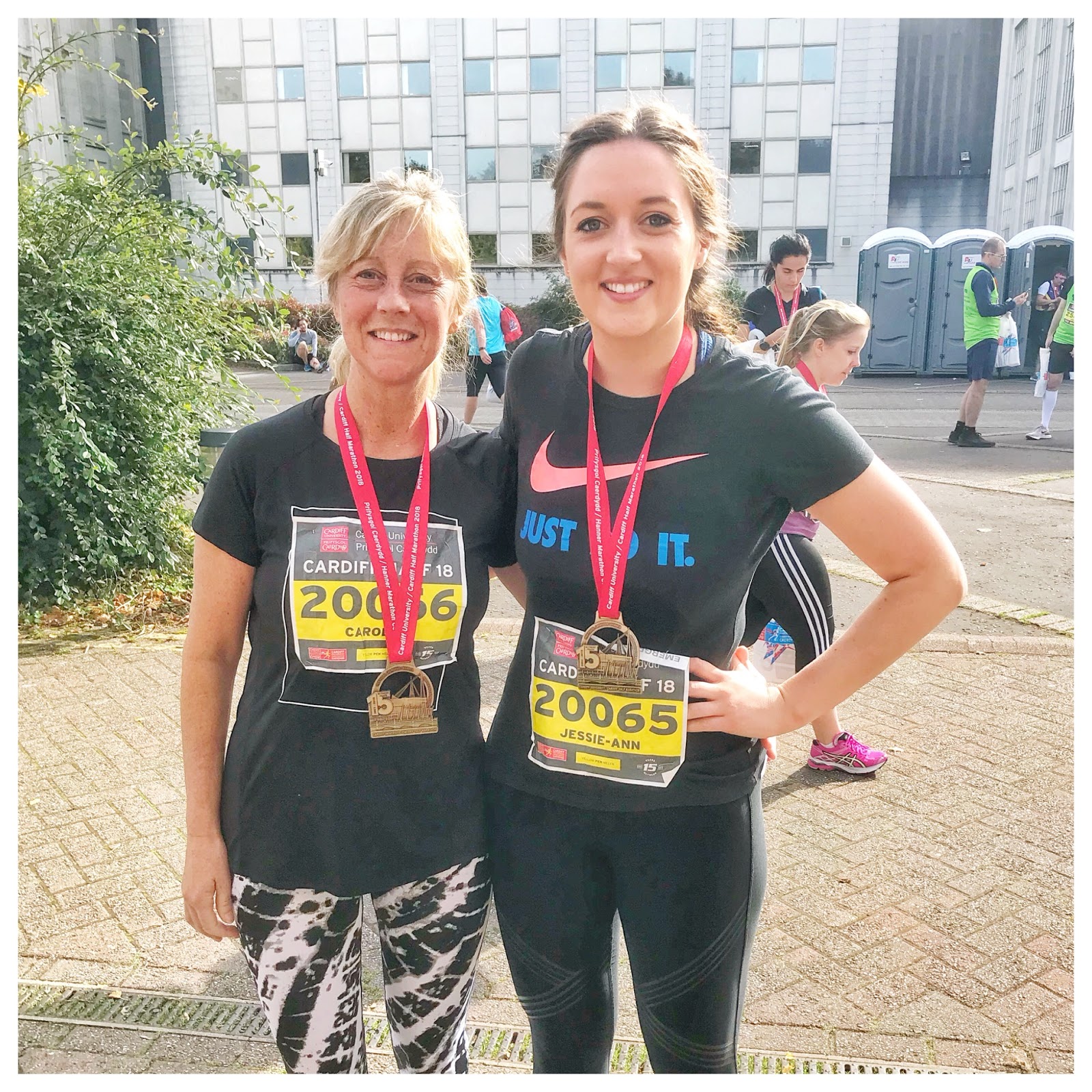 Then, last year, I woke up feeling like sh*t after a few too many drinks on a Sunday morning, the morning of Cardiff Half Marathon 2017, and decided that next year would be the year. I was in a pretty low place in myself. Actually I was pretty disappointed in the way I was handling certain situations and how my life was starting to revolve around going out socialising on the weekend with no substance in between. I wasn’t blogging or being creative much anymore, I wasn’t working as hard in the gym, I wasn’t making any time for myself and I was doing what others wanted me to do, instead of what I wanted to do myself. I vowed to change things in 2018, and running the Half Marathon was a goal I was determined to fulfil.

I signed up in January with a view on overhauling my life. I wanted a challenge, something to focus on, and I wanted to complete the whole 13 mile course (did I mention that a half marathon is THIRTEEN MILES?) without walking; a small feat to some, but considering I could just about manage 5km without a walking break in the middle at the start of January it was a pretty big task to be taking on. 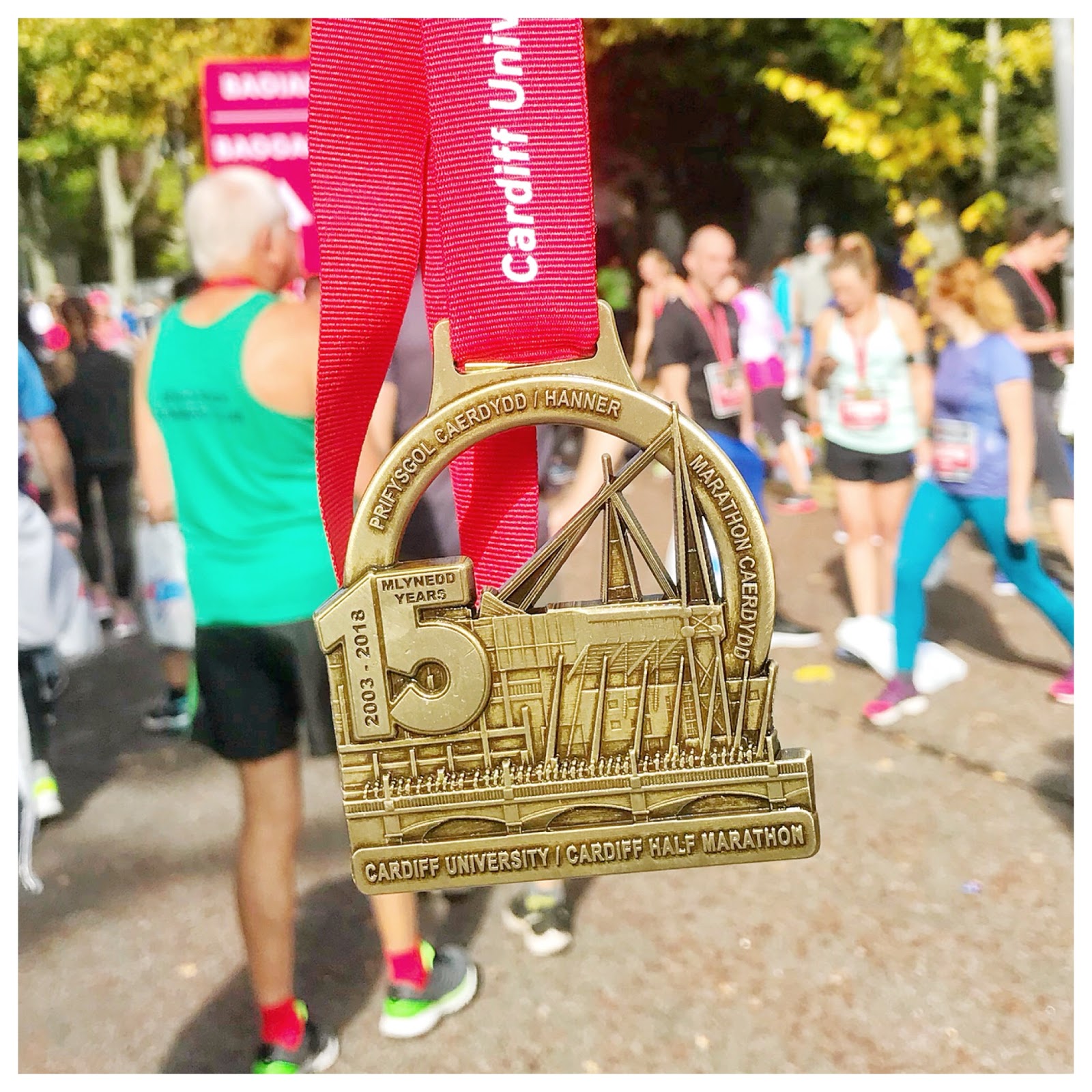 But I DID IT. Ten months later, after building my distance up from 5km, to 10km, to 10 miles; after training (almost) every week without fail; after forgoing nights out in favour of waking up early for my Sunday morning ritual run; after falling in love with the sport, the calmness you feel and the sense of clarity achieved after a long run; and with an injured foot that sprung itself upon me just a week before, I crossed the finish line having run the whole way in 2 hours and 15 minutes. And I feel pretty proud.

It’s weird, because when I thought I’d have to pull out after hurting my foot, I was understandably gutted because of all the training I’d put in, but more so because I felt like this race was a way for me to wave goodbye to a bit of a sh*tty time. “There’ll be other races,” people said. But it was more than that to me. It was a way of reaffirming to myself that this year I’ve made positive changes and that I’ve grown as a person, and the feeling on completing the race and crossing the finish line was so worth all of the training, pain and everything else that came along with it. 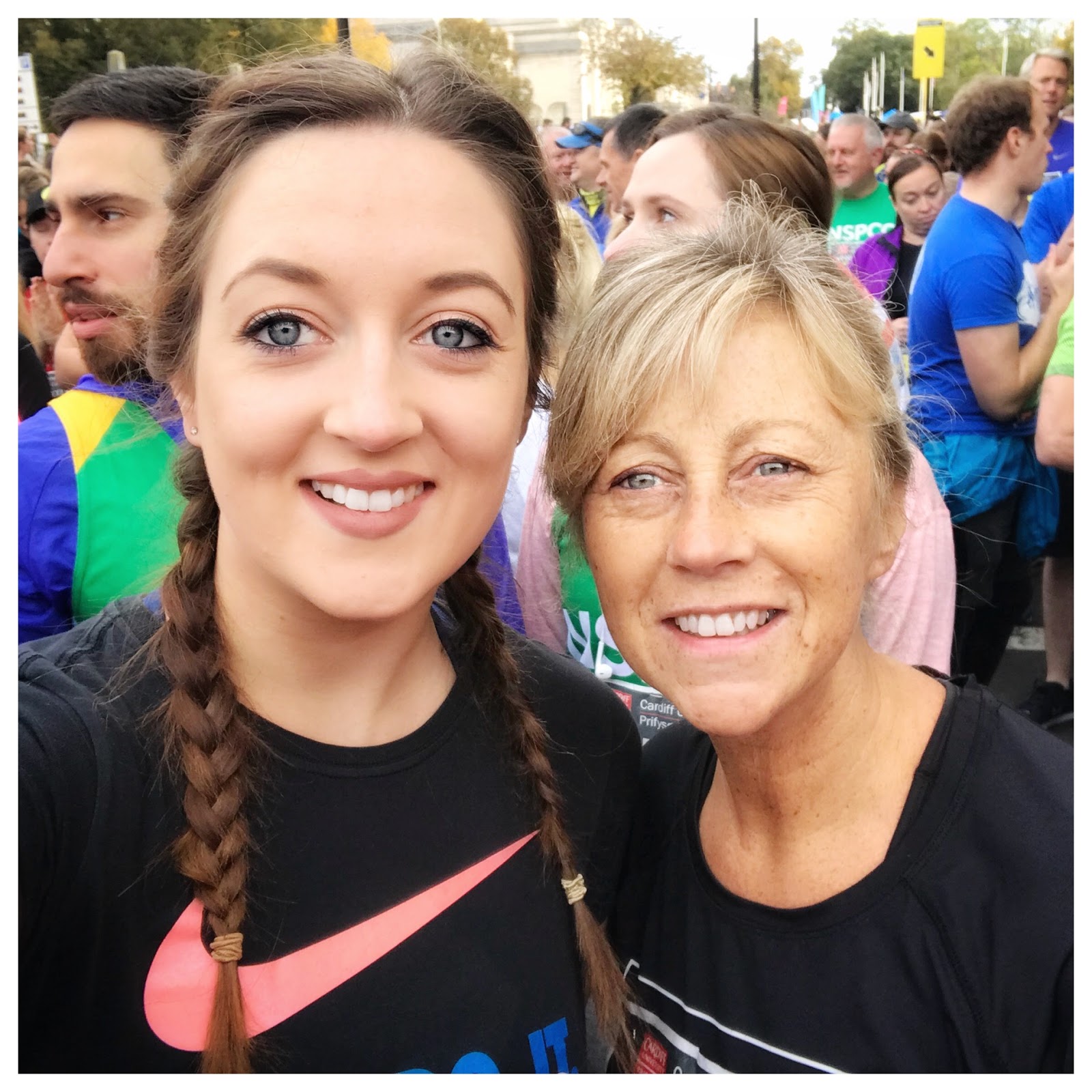 So, what have I learned in those ten months that I trained for?

1. I actually love running. I never thought I’d be that person, but I can honestly say that by the end of my training regime I really looked forward to my weekly runs, especially as I found a 10km route around Cardiff Bay and it was so pretty and peaceful. I’m by no means the fastest, and I plod along at my own pace, but I found the whole training experience really enjoyable.

2. I want to join a running club. While I quite like the solitary training and chance to refocus that runnning gives, I’d quite like to socialise while doing it.

3. You can do anything that you put your mind to. It may be a massive cliche but you definitely can do pretty cool things if you’re willing to put in the hard work and if you’ve got a little self-belief.

4. That being said, I’ve also learned that you don’t get anywhere without hard work. And believe me when I say that you definitely need to train for a half marathon, it’s a serious toll on your body.

5. You should love your body because it can do incredible things. I have a love/hate relationship with my body sometimes, especially how I look and feel, but the fact that these little legs got me around in good time made me feel pretty proud of what I’ve accomplished and what it can do.

6. Nights out are overrated. Don’t get me wrong, I love getting dressed up for cocktails with the gals as much as the next basic bitch, but I definitely valued the early nights and fresh Sundays more than I would a strawberry daiquiri, or three.

7. While I’m already thinking of signing up for another half marathon, I don’t think I could ever run a full marathon. Reaching mile 12 and thinking, I wouldn’t even be half way right now if I was doing the London Marathon just killed whatever fizzle of an idea I had instantly.

8. Sign up first, train later. If you’re thinking of doing a half marathon, I’d definitely recommend nipping it in the bud and signing yourself up for one in good time and then getting on with the training. Having that goal in mind, and a set date to complete it by, really motivated me.

9. The decisions I’ve made this year have been the right ones. I’ve written about how I’ve become more of a “no person”, how I’ve put myself first, and just how much things have changed since January, but I definitely feel like I’ve made the right choices and changes, even if it’s taken a long time to realise that.

10. I want to keep training and keep focused. My next goal now is to continue looking after myself and to work on strengthening these legs again ready for the next challenge.

11. Carb loading is a fantastic aspect of training. OMG, this was one part of half marathon prep I particularly enjoyed. Any excuse to eat pizza, pasta, bread, rice, potatoes… am I right?

12. The whole atmosphere surrounding the Cardiff Half was fantastic, and people can be so kind. Thousands of people lined the streets, cheering us runners on with banners, flags and tupperware filled with fizzy sweets. It was really quite emotional to see everyone in the city coming together in support of those running and raising money for such fantastic causes.

13. I’m already looking forward to next year, and with a goal to eventually get to under 2 hours, I’ve got a feeling training will start up again very soon. But first, it’s time to chill…