Cardiff is the city I call home, and while I will always be a Carmarthen country girl at heart, I can honestly say living in Cardiff makes me so happy. After four years of student living I finally settled in the city, and after working and interning in London for a few months, I realised that Cardiff was the perfect balance of the hustle and bustle of city life, and the calmness of the countryside.

One of my fave blogger pals Emma messaged me a few days ago saying that she was visiting the city and wanted some ideas for where to go and what to do while she was here, and in doing so she sparked a fun blog post idea. So here we have it, my five must-visit areas of Cardiff…

The first place you must visit in Cardiff is the city centre itself. Whether you’re after shopping, somewhere to eat, a place to drink and dance, or you want to learn a little about the city by visiting its beautiful castle, there’s loads to do and see. Train and bus links are pretty good, and you can easily get an Uber and taxis around the city too, although whilst you’re there everything is reachable on foot. 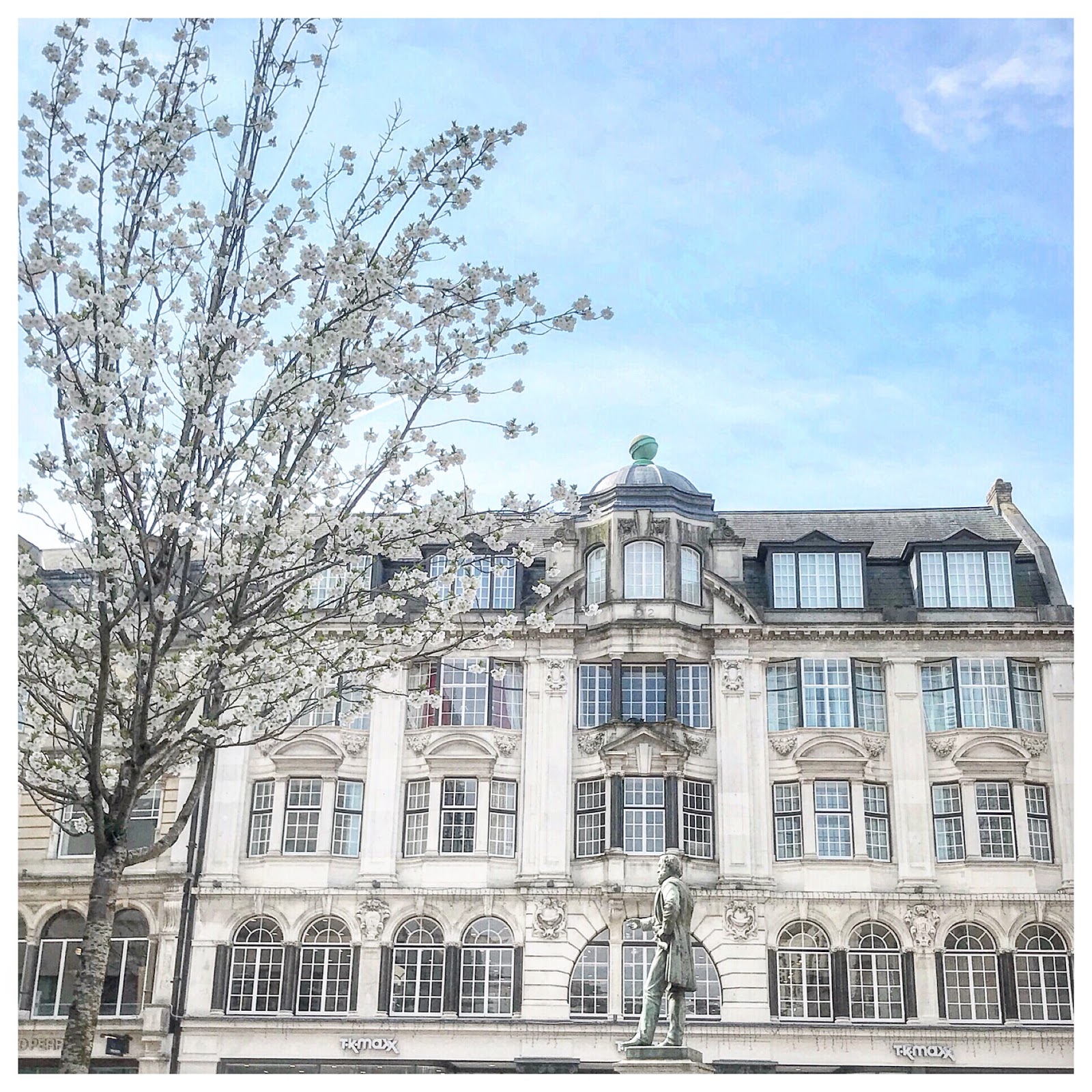 Queen Street and St David’s centre are the areas you need to check out if you’re up for a shopping spree. With your standard high street stores, like Topshop, River Island and Zara, as well as more high-end boutiques, you could easily spend the day (and a fortune) looking around. Alternatively, if you’re looking for something a little different, check out the range of arcades that Cardiff has to offer. There are lots of independent shops and cafes to give you a completely unique shopping experience. I really love Uncommon Ground on a quiet weekday morning. 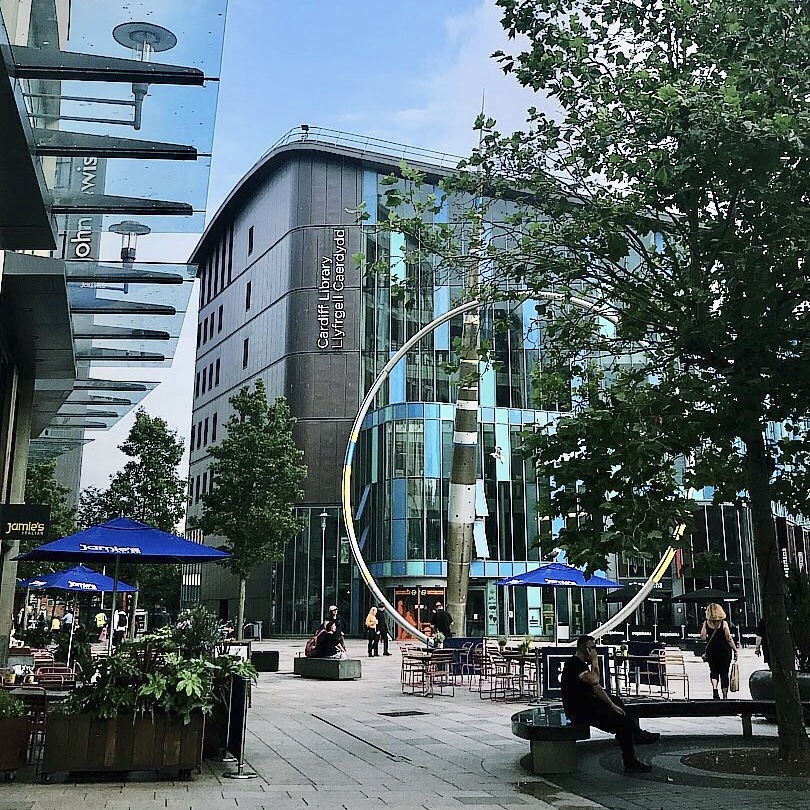 If it’s food you’re after, then the Hayes is a great place to head. This area of the city centre is a short walk from the train station and is situated by Cardiff’s beautifully built library. There’s always lots of fun going on around here, and there are so many restaurants, ranging from Wagamamas and Ask Italian to Wahaca and Bill’s. It’s definitely the place to be on an early Saturday evening, and don’t forget to look up as the architecture is so incredibly beautiful. If you’re after some drinks and a night on the town, get yourself to Mill Lane and St Mary’s Street. There are so many clubs, cocktail bars and beer gardens to enjoy.

Additionally, if you’re looking for some more beautiful buildings you should definitely check out Cardiff’s civic centre and City Hall. Opened in 1906, after Cardiff was given city status in 1905, it’s a truly beautiful location and here you can find the university and National Museum Cardiff too. If you are heading to the castle, don’t forget to check out the city’s animal wall, which is one of the most photographed historic areas of Cardiff.

One thing I love about the city centre is that everyone is so friendly. There’s always music in the streets, usually you’ll find performers taking to the stage, and if you do end up in Cardiff on a Wales International Rugby weekend, it really is the place to be (or to avoid if you’re not partial to singing hymns and arias or having a drink). There’s a fantastic atmosphere in Cardiff and it’s definitely big enough to suit everyone’s needs, but small enough to provide a really friendly vibe.

It’s also a great place to start as from here you can reach all of the other areas I’ve listed below. Apart from Roath Park, they’re all a pretty short walk away, and we also have Next Bike in the city now, which is a great way to get about quickly and easily, plus it’s pretty cheap too. In fact, Cardiff is a relatively cheap place to eat and drink, especially in comparison to other cities in the UK.

Without a doubt, Cardiff Bay in the sunshine is one of my favourite places on earth. It is the perfect escape from the hustle and bustle of city life, and it is definitely walkable from the centre itself or you can grab a train from Cardiff Central Station if you’re not up for the stroll. 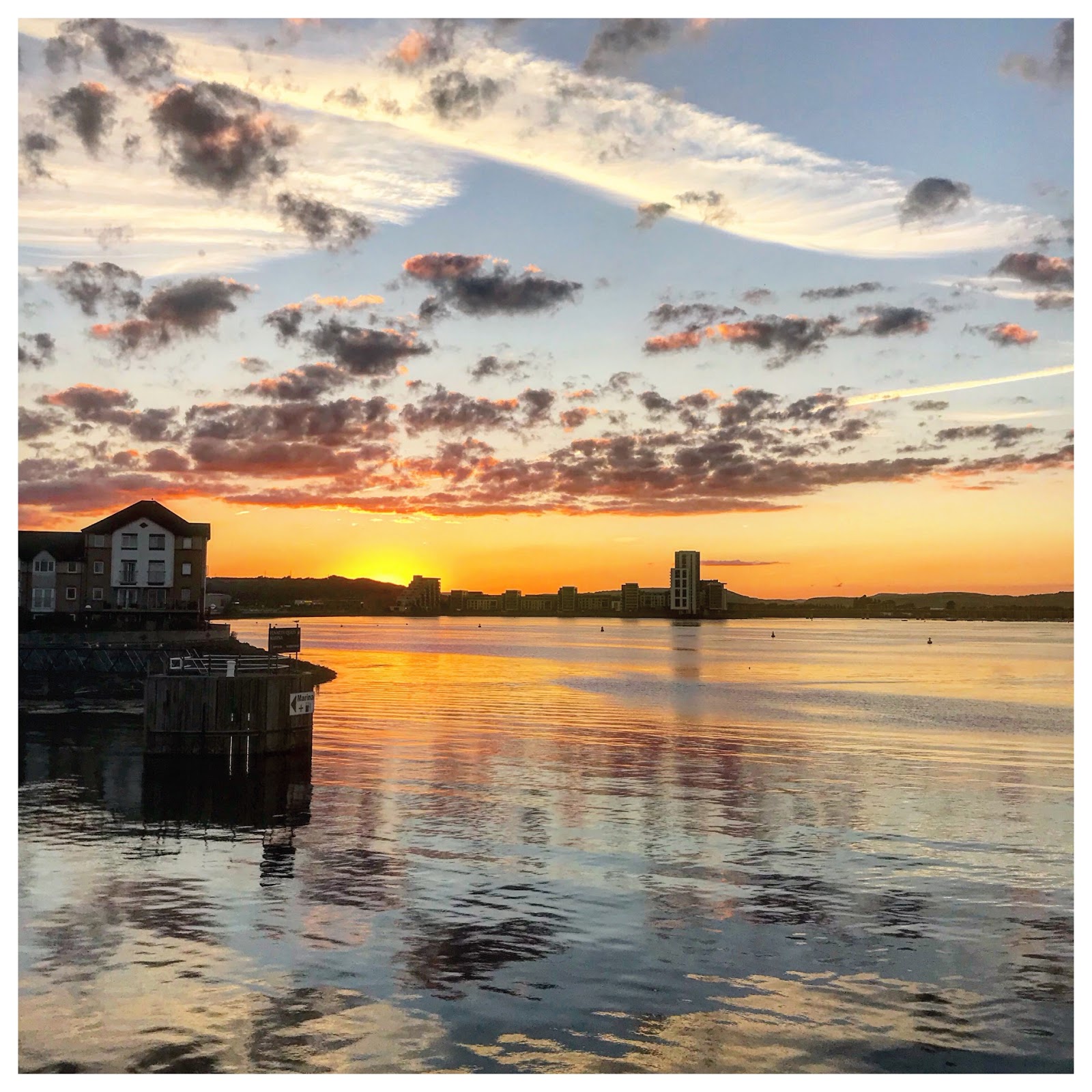 The Bay itself is an area of water that was created by the Cardiff Bay Barrage (see above). It started as a regeneration project, updating the old docks and areas of Tiger Bay, from which coal mined in South Wales was exported to the rest of the world. Now, this award-winning engineering project provides a hub of activity, with the cosmopolitan area of Mermaid Quay, where you can find loads of delicious restaurants and cocktail bars, as well as the surrounding areas and the barrage itself, where you can find beautiful walks and gorgeous scenery as you look over the Bristol Channel and beyond. 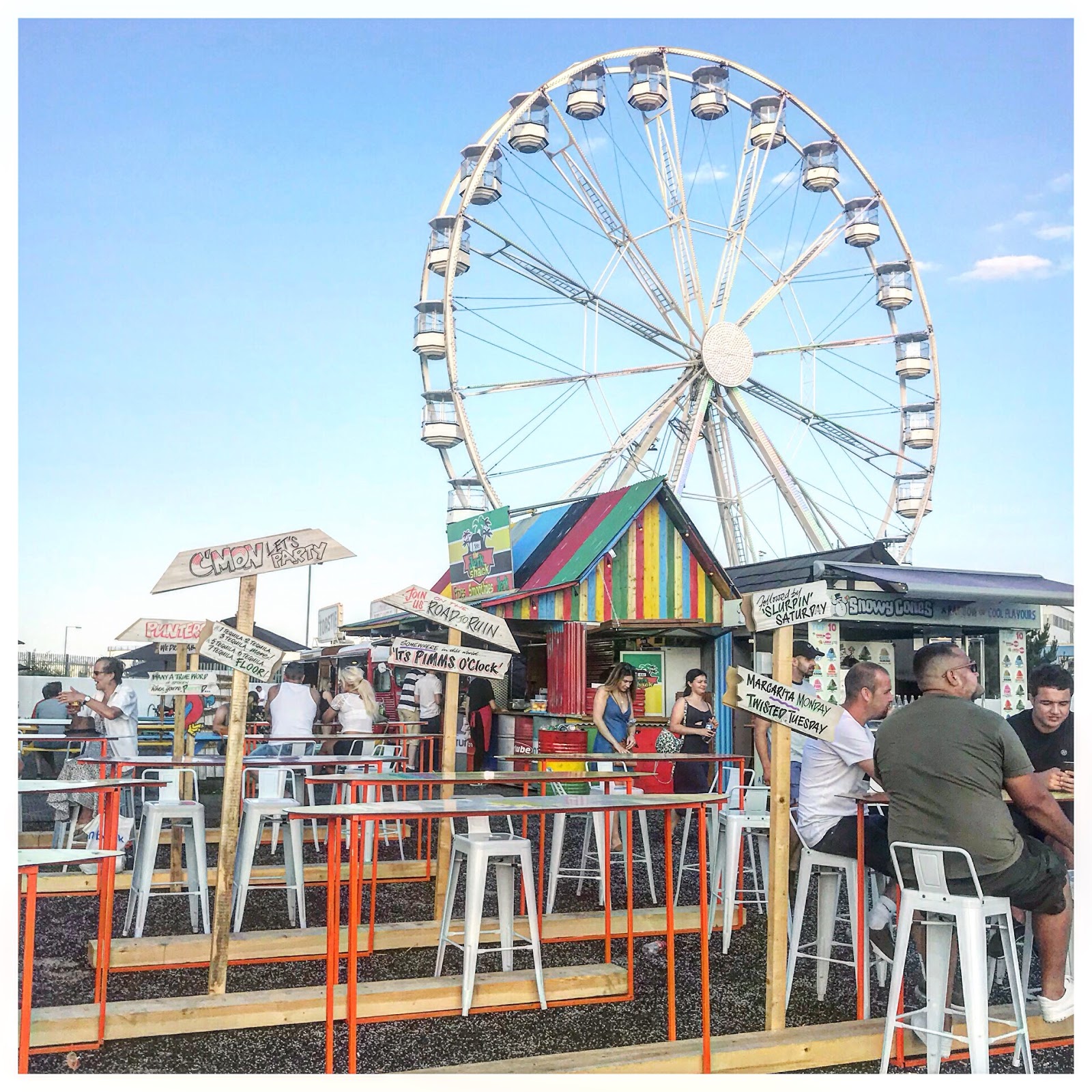 There’s always something fun going on down the Bay in the summer. Last week, my friends and I headed to Cardiff’s International Food Festival which was held there, and currently the Cardiff Bay Beach and fairground (see above) is in full swing just a short walk away from Mermaid Quay at the tip of the barrage. There’s also the Wales Millennium Centre, which shows a fantastic array of West End musicals amongst other shows and plays, and  the Glee Club, which is the perfect place to go if you’re up for a night of comedy.

The Bay is definitely a must-visit if you’re in Cardiff. It’s a great place to go for dinner and a quiet drink and it sunsets are truly incredible.

Situated right in the city centre, just behind the castle, Bute Park is a beautiful, idyllic escape from the craziness of Cardiff’s busy streets. It’s known as the “green heart of the city” and, with 3,000 tree species spread across 56 hectares, it’s easy to see why. There are three cafes (the Secret Garden Cafe is my fave for an ice cream in the sun), and parts were designed by 19th century landscape architect, Andrew Pettigrew, who was employed by Lord Bute in order to create grounds to compliment Cardiff Castle. 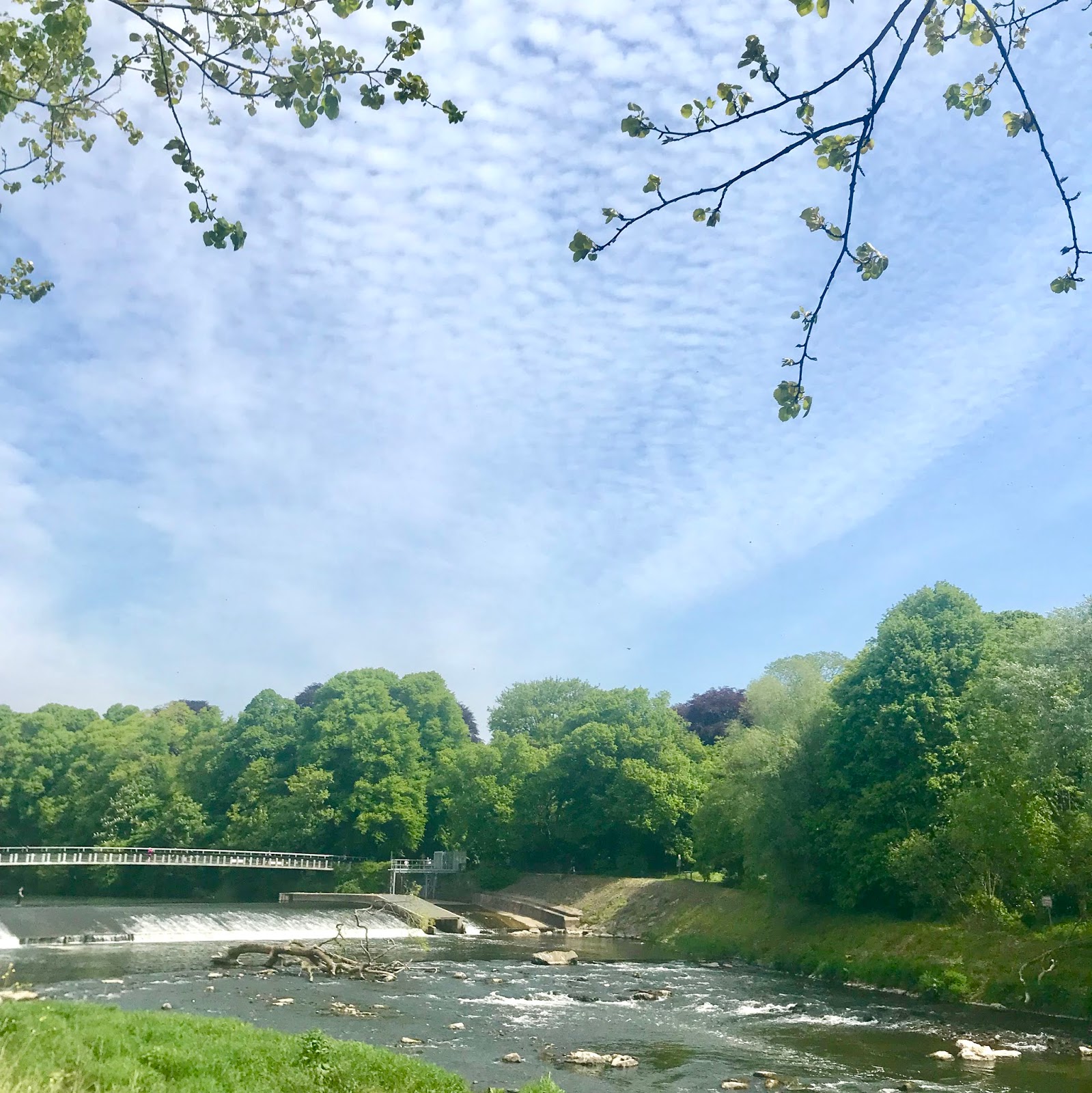 If you’re in the mood for a bit of exercise, I absolutely love running through Bute Park and Sophia Gardens. There are always so many dog walkers and happy children cycling along the paths. Running along the river can be really calming and it’s crazy that you can feel so far away from everything going on in the city, when you’re just a stone’s throw away. It’s also a great place to go for a stroll after a busy day exploring the city itself. There are lots of grassy areas where you can sit down and relax too. 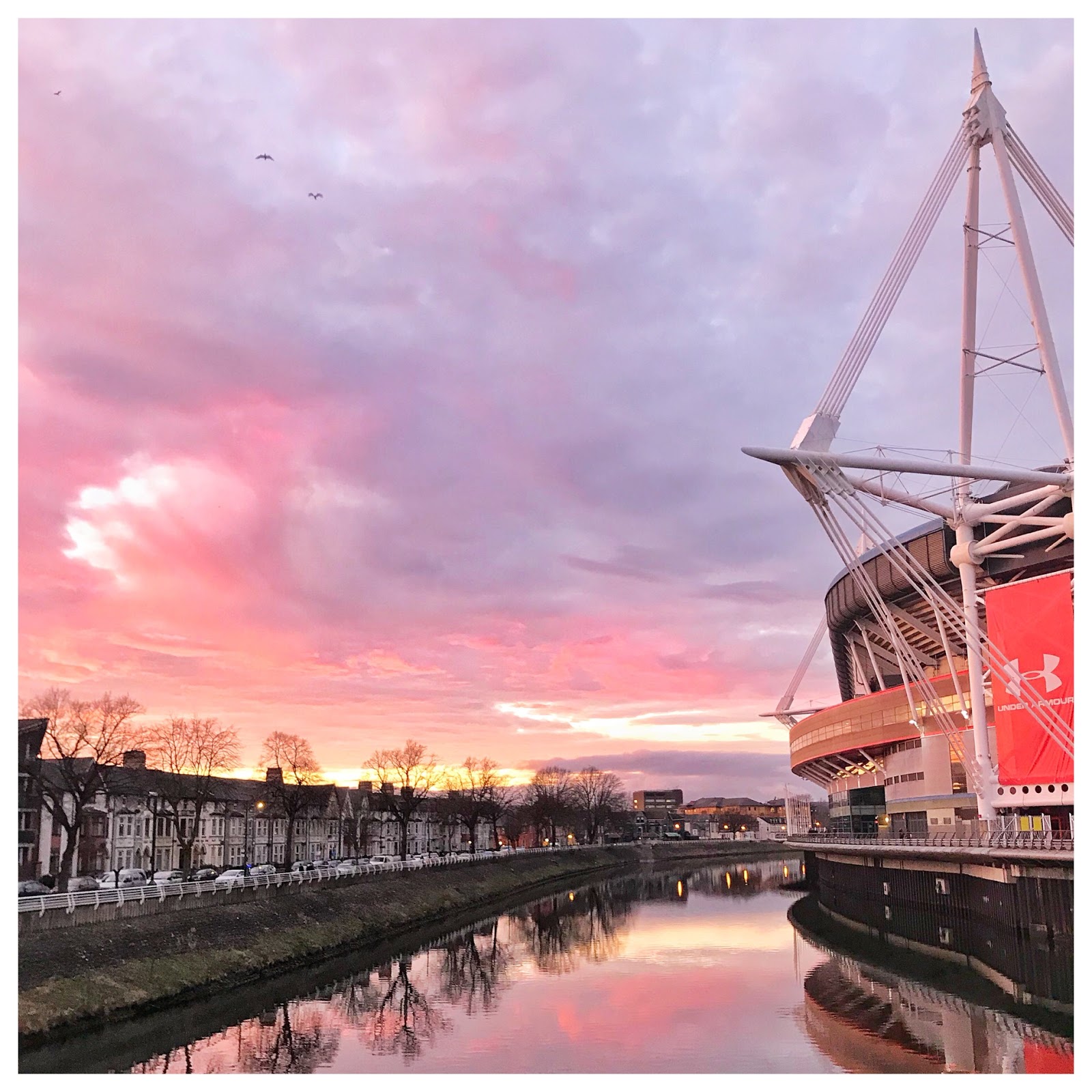 If you’re thinking of heading down to the Bay, you can actually catch a water taxi from a station on the river just inside Bute Park by the Pettigrew Tearooms. It drops you off just by Mermaid Quay and is a great way to see parts of the city, as you scoot pass the Principality (or as everyone still calls it, the Millennium) Stadium, as shown in the picture above.

I currently live in Canton, and I have lots of friends in Pontcanna, so this is definitely my neck of the woods and I absolutely love it. Pontcanna is a really quirky part of the city, with amazing eateries, gorgeous huge houses, plenty of pubs and beer gardens, and cute little shops. One of my favourite places to eat is Calabrisella, an Italian situated on Cowbridge Road (where you can get a chip pizza!), and Brod The Danish Bakery is the perfect place to grab a coffee and a sweet treat on a weekend morning. If you’re after something a little more special, check out Arbennig, and if meat is your thing, then The Smoke House is the place to go. 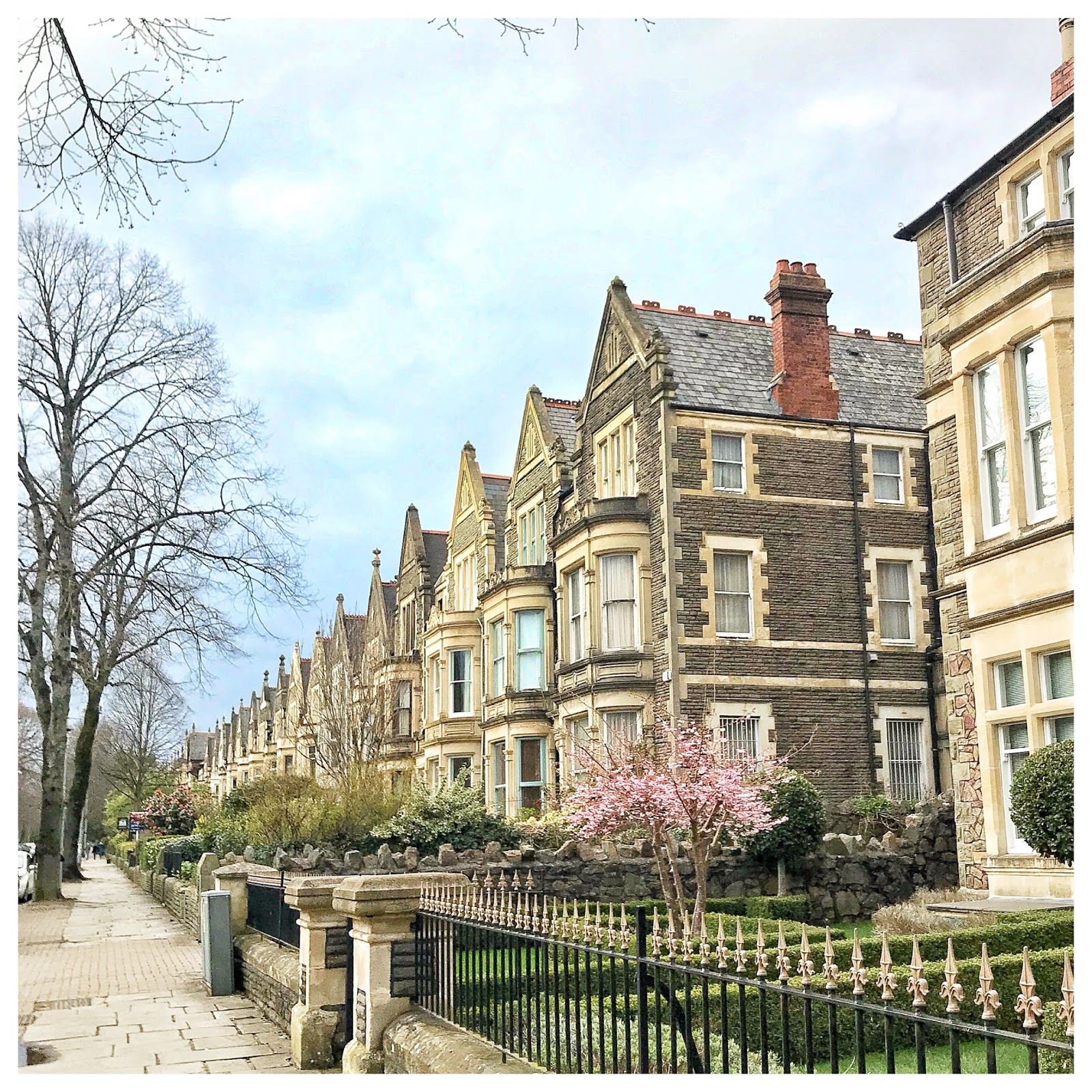 There are also lots of pretty parks thrown in amongst the streets, and you should definitely check out King’s Road Courtyard for its farmers market on a Saturday morning. There is also Chapter Arts Centre, a multi-artform space, where you can get creative, which has a lovely cafe and outside area too. There really is just so much to do in Canton and Pontcanna; don’t just take my word for it, check out this article by Wales Online which tells you exactly where to go in the area. There’s definitely something for everyone.

Roath Park will always hold a special little place in my heart, as I used to live near here in university and it provided a great escape from the situations I was living in. It’s a little out of the way from the city centre, but there are pretty cool restaurants and cafes along the way, particularly on City Road. 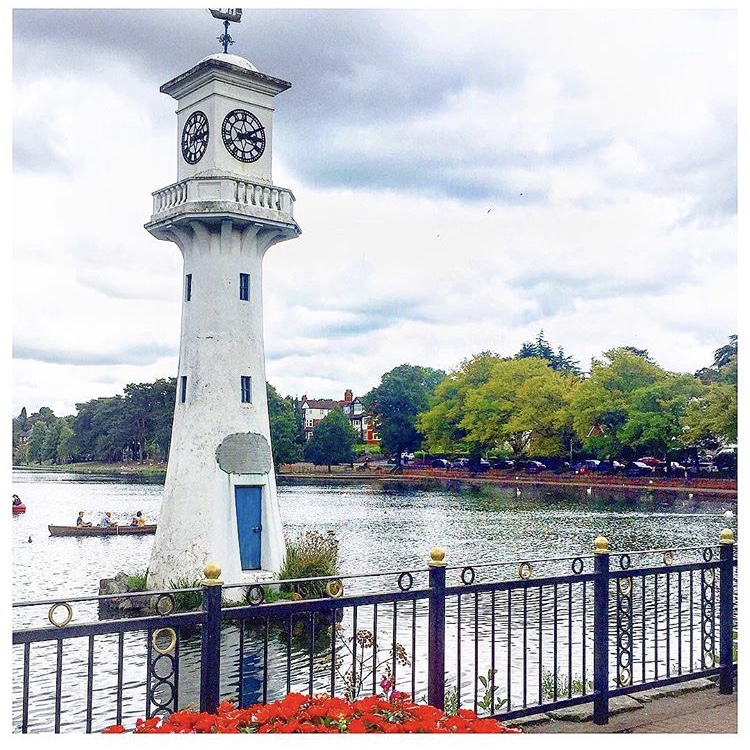 The park itself compromises a 30 acre man-made lake, where you can go boating, fishing and pedalo-ing, and is filled with swans, ducks and geese (a bit of a nightmare if you’re terrified of birds like me, but they do tend to keep out of your way). There are lovely gardens, parks for children, a recreational ground and the Scott Memorial Lighthouse, situated in the middle of the lake, is one of Cardiff’s iconic images.

Have you ever visited Cardiff?