It’s safe to say that, for most of us anyway, 2016 has been a pretty crap year. We’ve truly lost some of the greatest people over the past 12 months, but I do believe we should use these terribly sad times to remind ourselves of the importance of living every day to the absolute fullest. I’m definitely hoping to do more of that in 2017, as I can’t help but feel that a lot of my really happy memories this year were overshadowed by stress and worry. It’s been a very testing year to say the least, but I’m coming out of 2016 feeling stronger, more independent and honestly so, so proud of this year’s achievements. The things I’ve learned will resonate for years to come I’m sure… 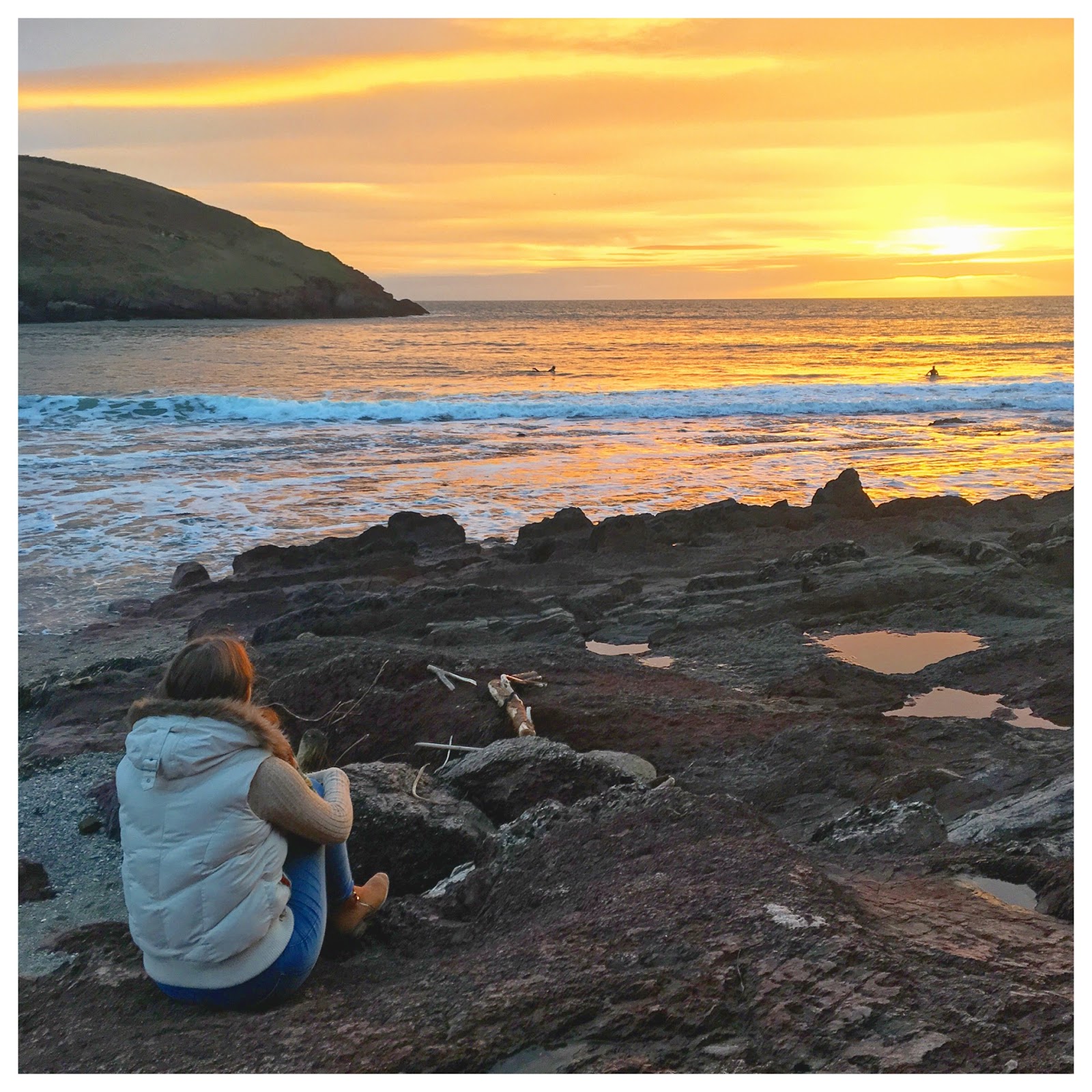 Dreams don’t work unless you do

I actually wrote a full-on rambling post on this here, but one thing I’ve certainly learned this year is that you get out of life what you put in. The first nine months of 2016 were spent working on my Masters, with the whole summer spent slaving away on my thesis. It was a seriously demanding and stressful time, and one that I was honestly so happy to see the back of. From there I undertook several magazine internships, working for free and having to rely on my parents to pay for my to stay in London. I’ve lived in a tiny hostel room for the past two months, coming home on weekends and working in retail to try and save some money.

But hard work does pay off, and by the end of 2016 I finally secured some full-time work, even if only temporary for the moment. It really was the most amazing feeling, and it’s so nice to be part of a team where I feel so completely valued; even nicer is the fact that there’s an office puppy running around all day! I’m still rather worried about the future, as I don’t know where I’ll be working or what I’ll be doing come February. But I can definitely say that all my hard work this year paid off, and I’d never be where I am now if it wasn’t for working hard and pushing myself out of my comfort zone. You definitely have to go through tough times to get to the good, but it’s really reassuring to know that with a little commitment, determination and perseverance I will get there.

I am more confident and independent than I thought

Speaking of comfort zones, I feel like 2016 was definitely the year that I realised I was no longer (as much of) a scared, worried young girl, and that actually I can do anything I put my mind to. If someone told me when I was 18 that I’d be working and living in London aged 22, I would have laughed. I never in my wildest dreams thought I’d be able to pursue a journalism career in the big city, even though I really wanted to. I was scared of leaving the safety net of my small hometown, where all is familiar and everyone knows everyone.

But I did it! I’ve been living in London for the best part of three months now and though the move was gradual, and still isn’t completely finalised as I’m living in a hostel room whilst I strive to find permanent work, I can’t quite believe I have gained the confidence and independence to do so. I’m no longer worried about living away. I know that home will always be there and the only way to achieve my career goals is to do this. I’m so happy I took that step!

I wouldn’t necessarily say this is something I’ve learned this year as I’ve always known the importance of family, but it’s more something that has really resonated louder in 2016. For the most part I’ve spent the past 12 months away from my family, either in Cardiff studying or working and interning in London. Unfortunately five of my very close family members have been in hospital this year – either for planned operations like my nan’s hip replacement, or quite scarily rushed in for emergency treatment. Being so far away from your family during these times is really worrying, especially as we’re so close knit, so it was really lovely to come home this Christmas and to see everybody so fit and well. I’m truly lucky to have the family I have, and you should never, ever take that for granted.

I want to see more of the world

I really do feel as though I’ve missed out on seeing a lot of the world because I’ve been so caught up in education and have always been so career-focused. Now that I’ve finally completed all of my studies and have more time and money, I’m hoping to really see more of the world in 2017. There really is so much out there that I want to explore, even if it’s a little corner of London that I’m yet to explore.

It’s important to give yourself a break

I’ve always been a worrier and I don’t think that will ever change, but one thing I definitely learned this year was that worrying is a complete waste of time and energy that could be put to far better use. During the summer I was juggling working on my thesis, stressing about finding a full-time job, working in retail, blogging and trying to fit in some freelance media work; that’s as well as working out and trying to fit in a summer social life too. It all become so much of a stress, especially as I was completely bogged down in thesis hell, and I became really ill with a chest infection and terrible stomach pains.

Enough was enough and I headed out for a walk down the coast with Dan one afternoon, just to escape it all, and I realised that I was putting far too much pressure on myself. Something had to give, so I decided to focus all of my attention on my thesis, and it was the best thing I did. Eliminating those other stresses meant I could concentrate and prioritise, and I finally handed in my thesis feeling completely satisfied that I had given it my absolute all. I am determined that I’ll never let myself get that worried or overworked again. It’s one thing to work hard, but you have to give yourself time to enjoy and have a break too! 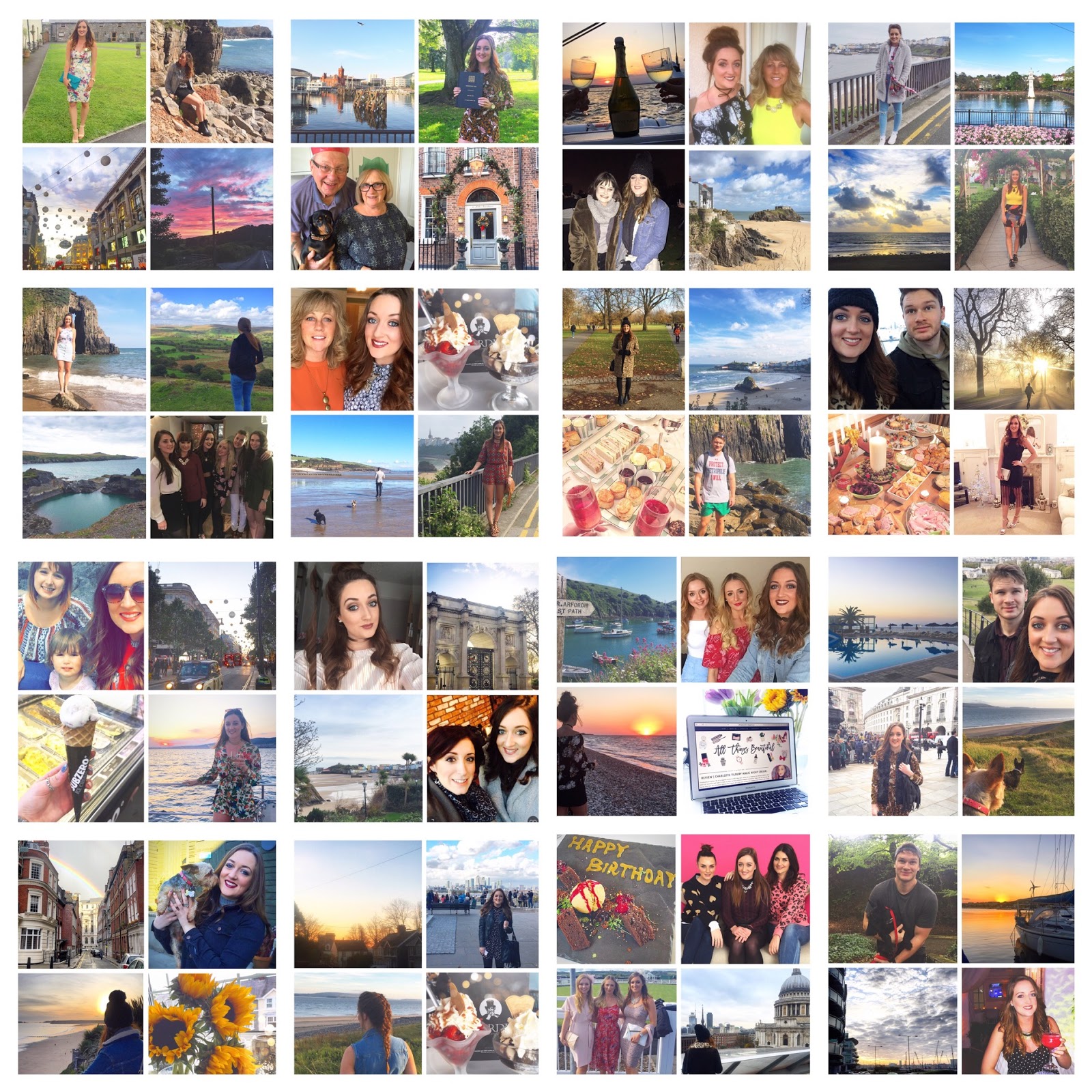 Looking back, it’s safe to say 2016 has been a complete whirlwind but I have done and achieved so many amazing things I never thought I’d be able to. I’ve completed a Masters in Journalism Degree. I’ve interned on the beauty desks of some of the most prestigious women’s magazine titles. I’ve lived and worked in London. I appeared as a beauty blogger on a BBC Wales documentary. I made new friends, met new people, and most importantly, made fantastic memories. I’ve been lucky enough to visit Greece and Bulgaria. I’ve explored the length and breadth of Wales whilst writing my thesis. I’ve seen my little blog grow.

I love reading (and writing!) posts like this, as it’s so refreshing to see how far you come and how much things change in 12 short months. I’m hoping that this time next year I’ll be writing a post which says I have a permanent job and my own little place to live in – whether that’s in London or in Wales – and I hope to be able to visit lots of new places and continue to work my way up the career ladder and to give my all to this blog. Who knows what the future holds?