It’s safe to say life has been an absolute whirlwind lately, but after spending the past two weeks living the ultimate job goals and completely embracing the London life, I finally feel that I’m back in the right mindset. And it really feels bloody good! 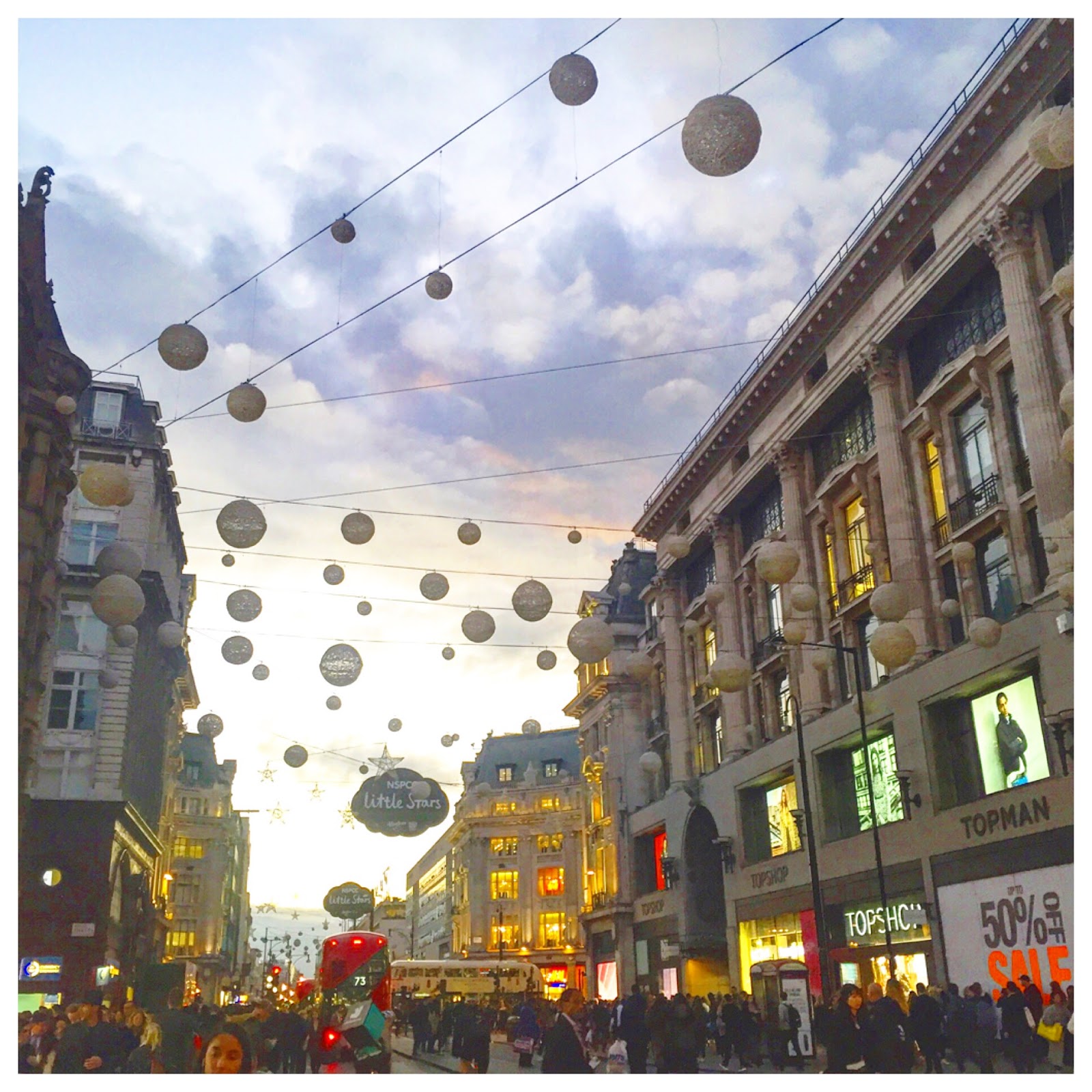 If you read my post about the struggles of being a graduate without a graduate job, you’ll know that I’ve been feeling pretty shit lately. The tireless job hunt, the transition of going from full-time education to nothing, the mindless hours spent in a retail job which was getting me no closer to my goals. It was all taking its toll… But then I had an e-mail from Stylist‘s beauty editor asking if I would like to intern on the beauty desk for two weeks, and before I knew it I was en route to London, feeling pretty nervous but super excited all the same. 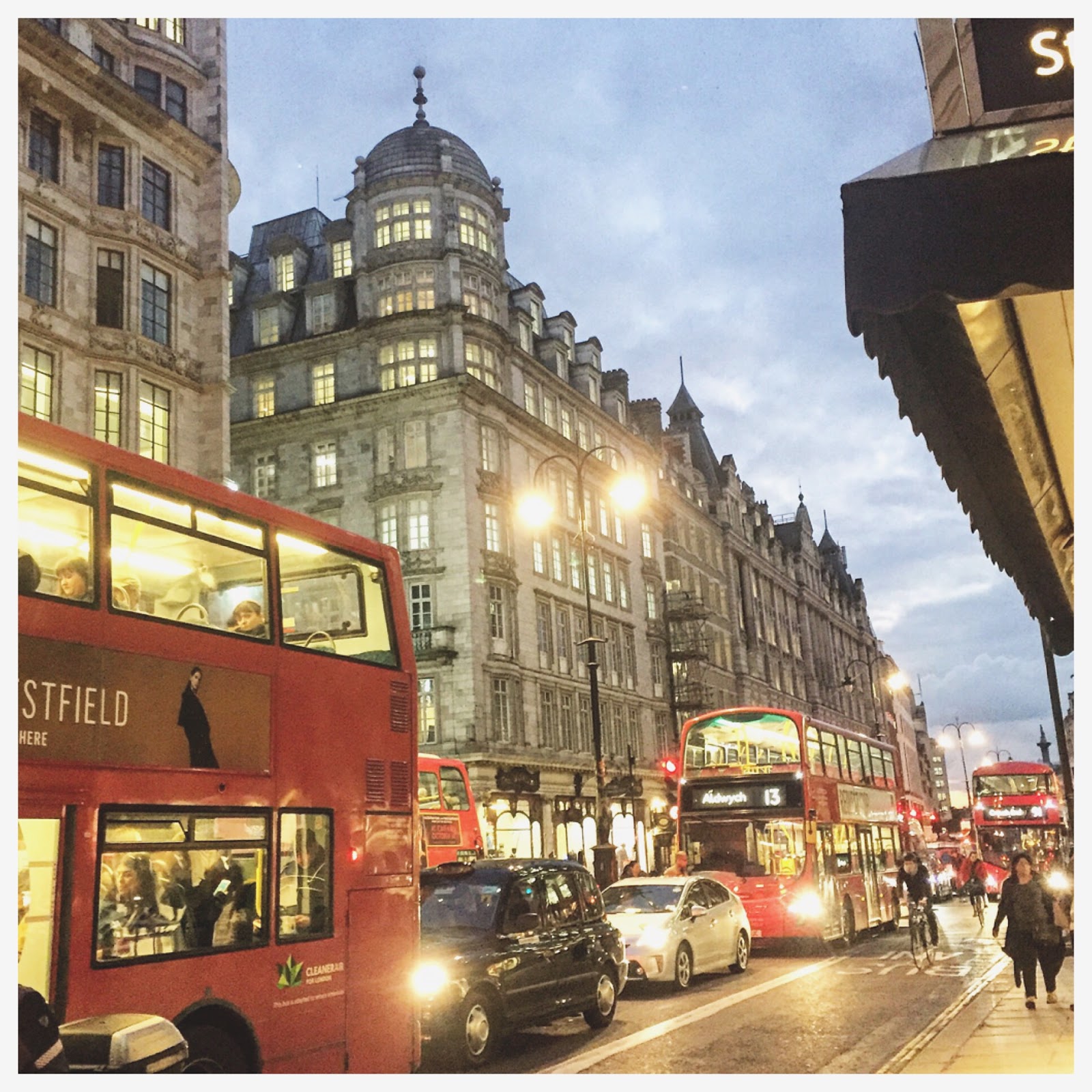 London is worlds away from the little Welsh town where I grew up. Firstly, it’s bloody huge. You can walk from one end of Carmarthen’s town centre to the other in about ten minutes, whereas strolling down Oxford Street (and gawping at all the beautiful window displays) can take a good half hour. Secondly, it’s so crazily fast-paced. Everyone is so career driven; rushing to meetings, taking phone calls and catching up on e-mails on the tube. Life back in Wales is slow and steady, the days spent happily plodding from one task to the next. Honestly, I was really worried about whether I’d like the London life when I first spent time interning at Grazia last April, but I absolutely loved it and these last two weeks were no exception – it was so good to be back! 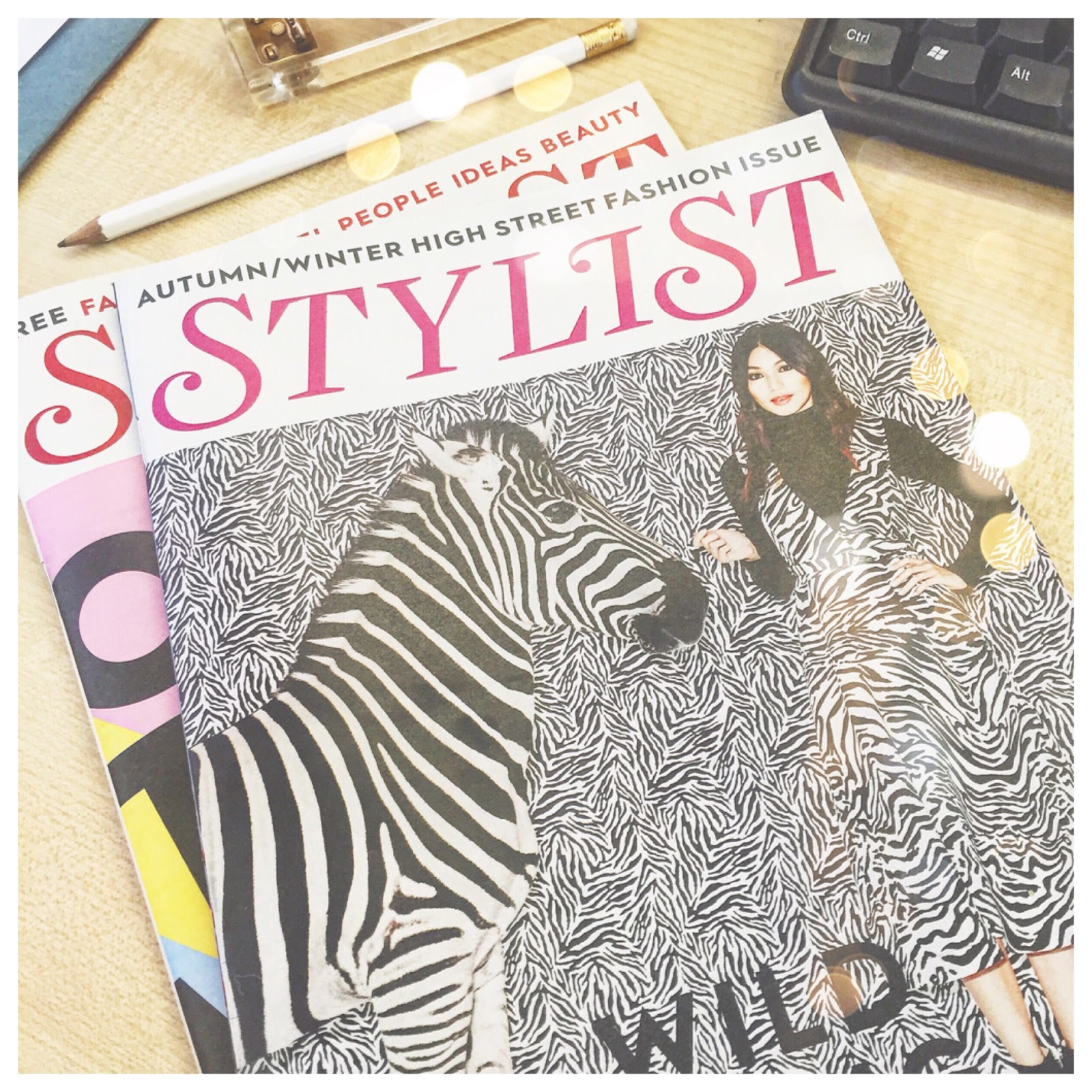 My weekdays were spent interning at Stylist which, for those of you who don’t know, is a free weekly magazine that is distributed across London, Manchester, Edinburgh, Glasgow, Liverpool and Birmingham. (Srsly, they need to start distributing in Cardiff, like, pronto.) It’s catered totally to career-driven women with sass and I absolutely loved being a part of it. The office is so fast-paced and fun, people bouncing ideas off each other and working hard to create content that readers would genuinely love and be interested in. The designs, artwork and photography is also incredible and it really gave me a huge appreciation for all the hard work that goes on behind the scenes to make a feature complete. It took me back to my Masters days, where I spent the majority of my time slaving away on magazine designs and articles – all worth it to get that feature on point both visually and content-wise! 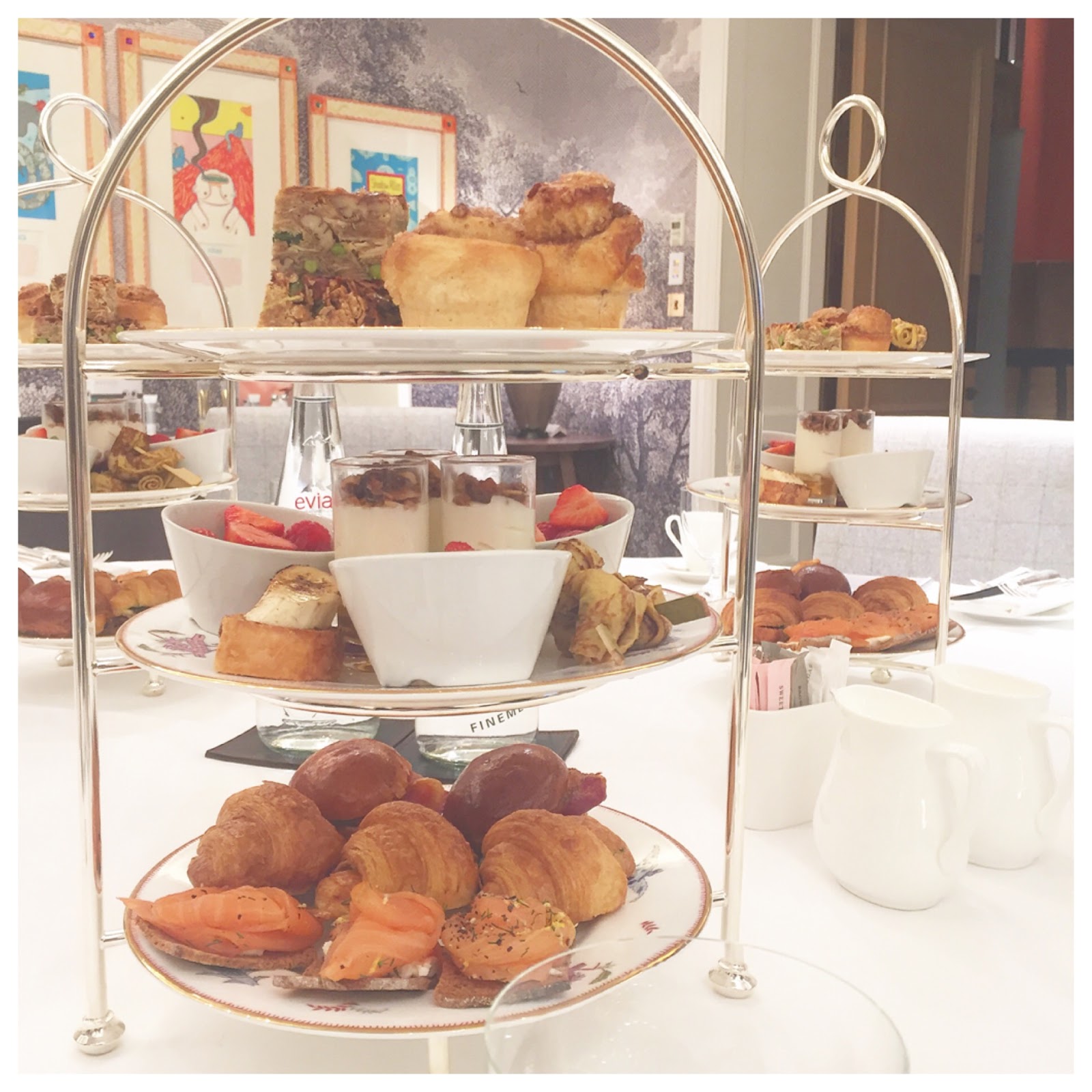 I also got to do some seriously cool things whilst at Stylist. There was the usual research, e-mailing, dealing with post and talking to PR companies; as well as lusting over all the gorgeous beauty products and packages that the beauty team were delivered, obv. But I also got to go to my first press launch on the team’s behalf. It was for the NuFace Facial Toner and was a delicious breakfast event held at the stunning Ham Yard Hotel, just off Piccadilly Circus. The whole experience was fantastic (even if it did mean a 5:45am start!) and just being around beauty editors who have been in the game for so long was really inspiring. The breakfast was also pretty damn good – cute croissants and mini bacon rolls are the perfect foods to get your Friday off to a cracking start! 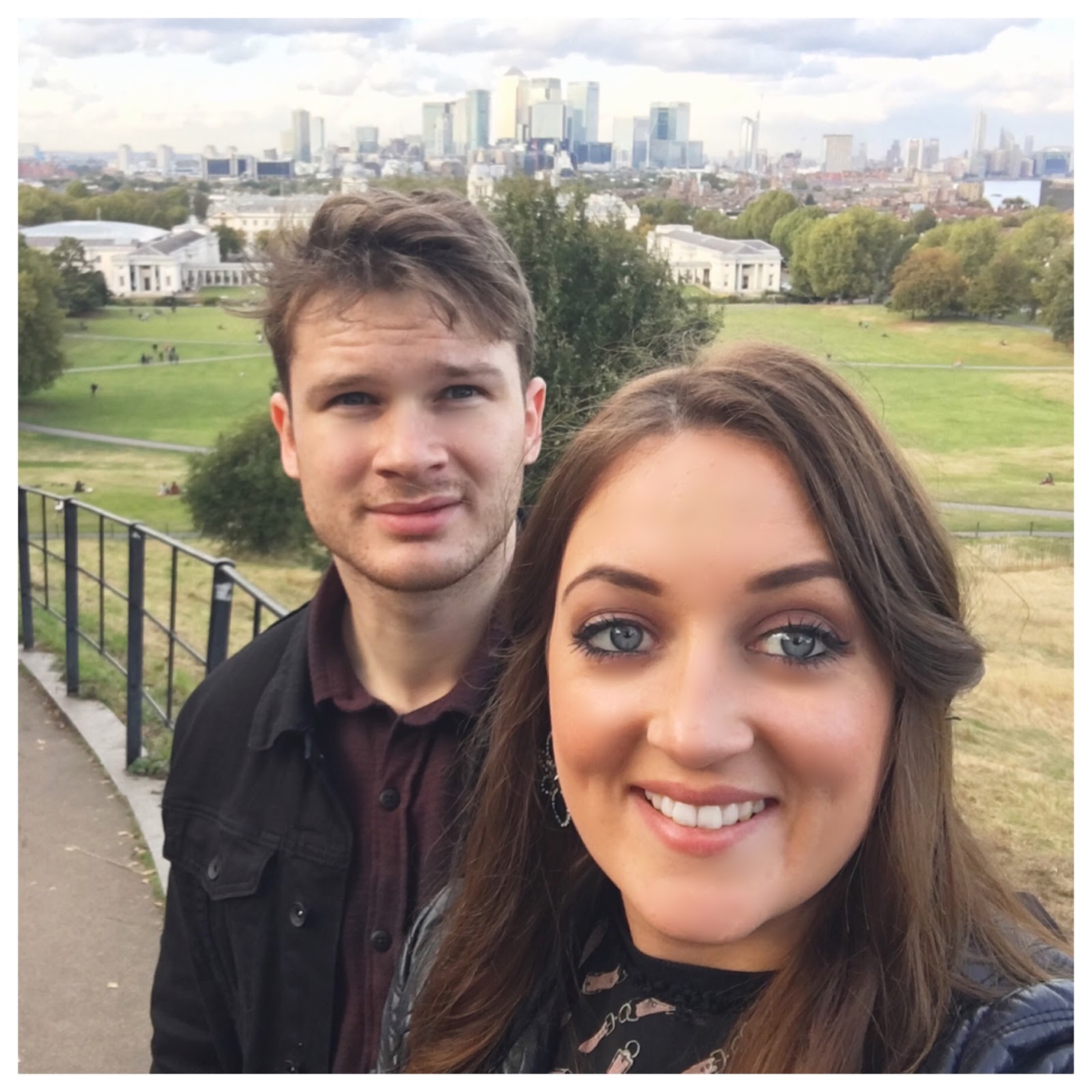 On the weekend Dan came to visit and it was seriously the best weekend I’ve had in so long. Friday evening was spent walking along the Thames, eating all the Italian carbs and melt-in-the-middle chocolate cake to die for. On Saturday we caught the Thames Clipper to Greenwich, taking in all the views of the beautiful London landmarks as the boat cut its way Eastward through the waves. It was a glorious day weather wise, and this just made the little town of Greenwich all the more charming. 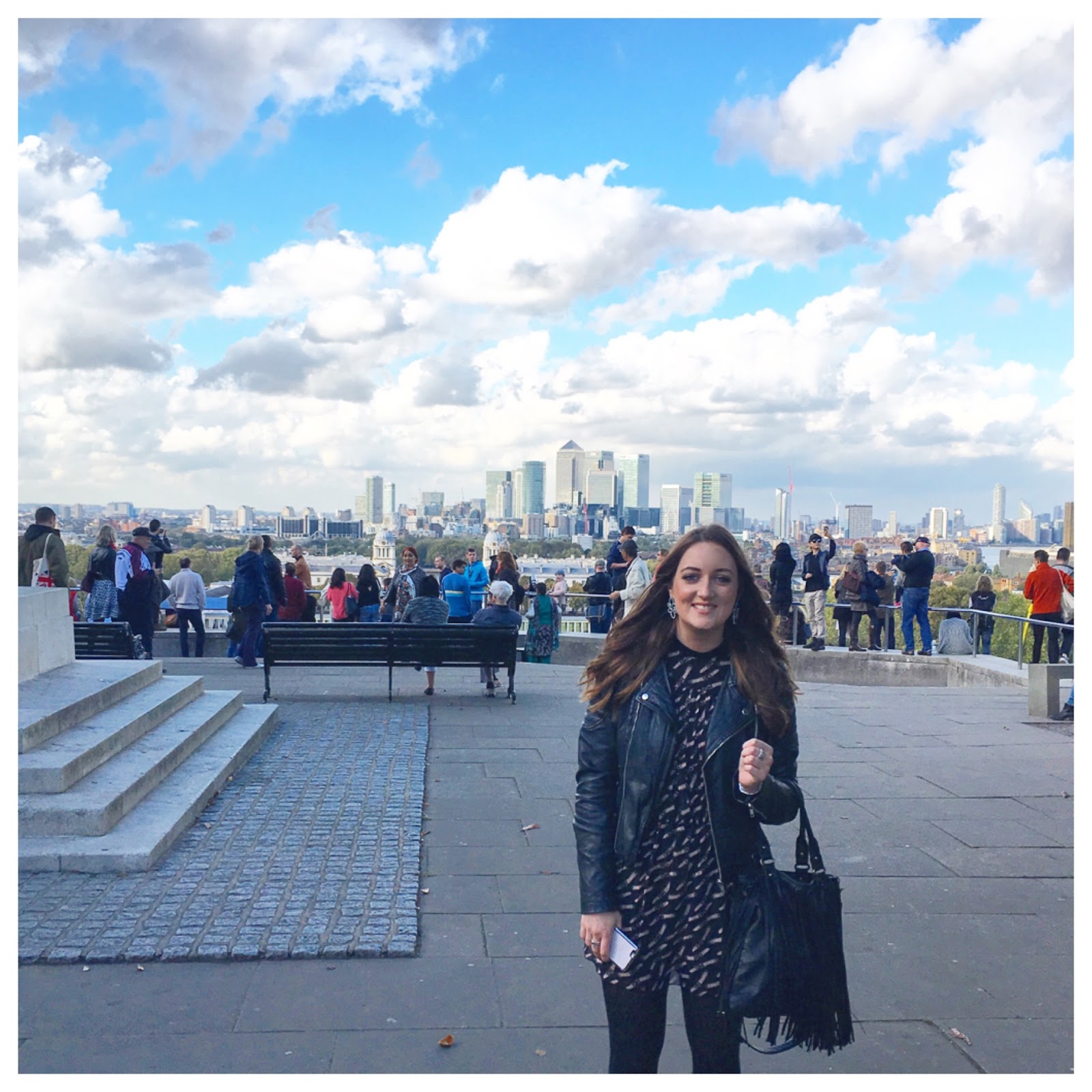 We strolled through the market, oggling at all the delicious street food and feeling slightly gutted that we’d spent an hour searching for somewhere for brunch that morning, before heading to Greenwich Park and taking in the views from the Observatory. From there you could see the whole of the London cityscape but it felt so far away in this quaint little place. It just felt so homely and downright lovely. I’d love to live here (or somewhere close) if/when I make the move to London. 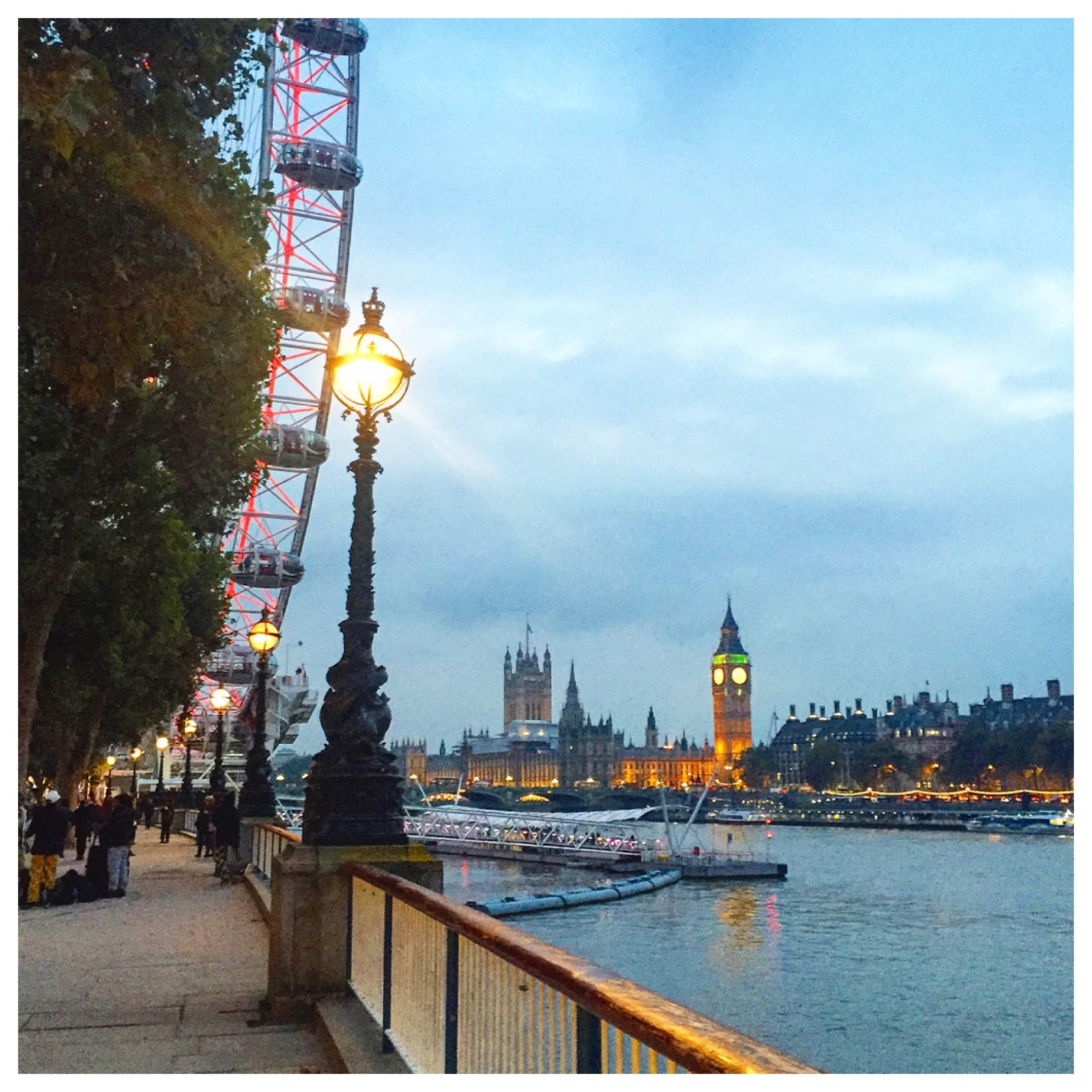 Sunday was spent walking, walking and walking some more, passing the city’s stunning landmarks on foot and taking a few (too many) photos. We also had a BOGOF ticket to go to the London Dungeons and it was such a laugh. These tourist-type places can often be such a let-down and ultimately cringe, but we had so much fun lurking in the shadows and laughing at ourselves jumping and screeching at every twist and turn. I was really gutted when Dan went home on Monday and I headed back to work, but it was so lovely to spend some quality time with him and for him to embrace a little of the London life too. Even though Dan is a country boy (and I most definitely am a country gal too!) we did really love being city slickers for the weekend, though I think he was pretty relieved to wave goodbye to the overcrowded central line. 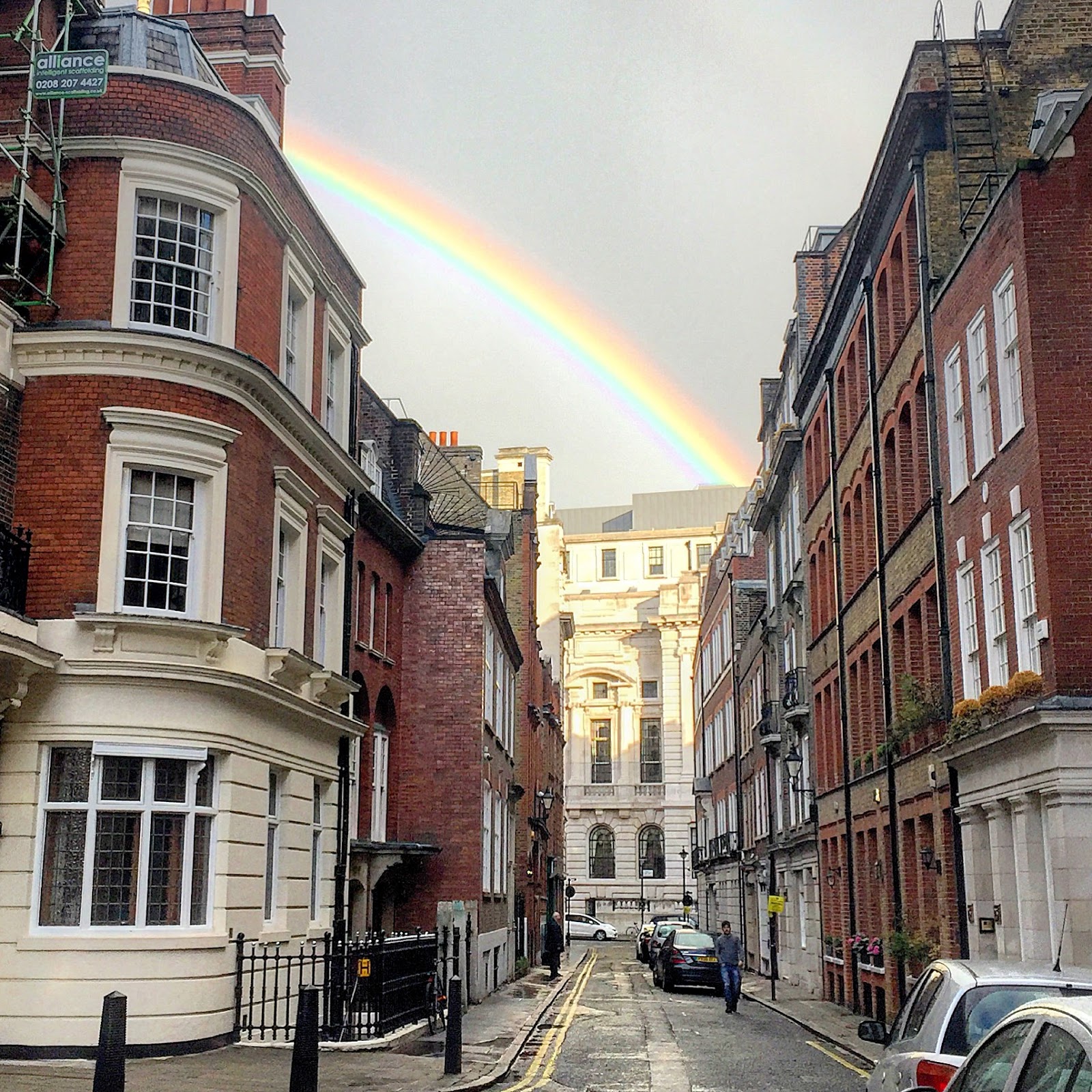 Now I’m feeling positive. I’m feeing determined, motivated and excited for the future. While it’s really difficult to intern with no income and I hate having to rely on my parents to help me financially, I know that this is what I need to do to get to where I want to be. The experiences I have gained and the people I have met through interning have been invaluable, but for now it’s time to chill for the week in the beautiful Welsh countryside before I’m London-bound once more!