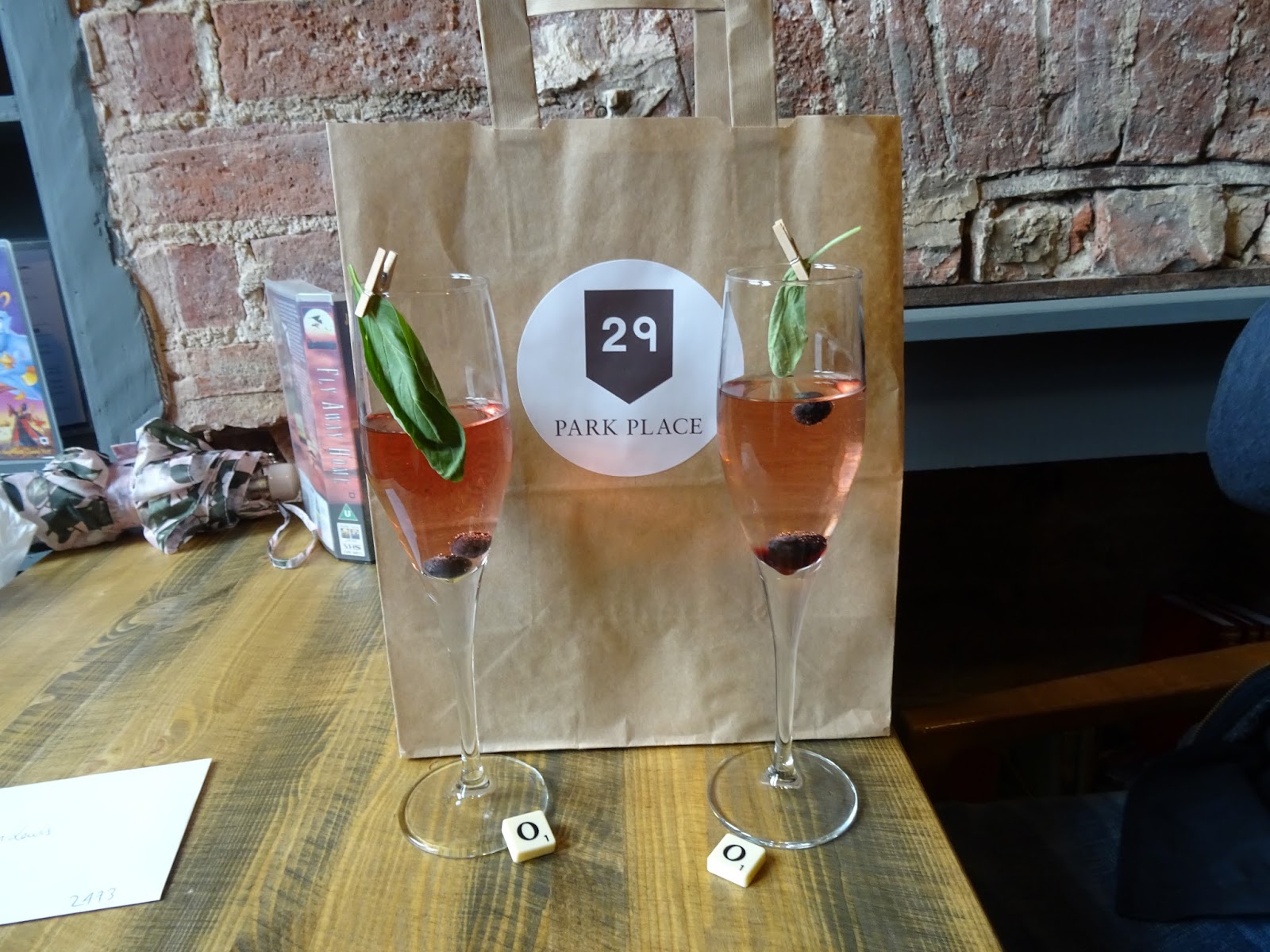 A few weeks ago I was invited along to a
press launch for a new restaurant opening in Cardiff. I took Dan along with me
and we were both very excited to see what 29 Park Place had to offer.

The place itself is really cool. It has a
quirky, relaxed vibe emphasised by the interior décor and funky surroundings.
The restaurant is built to resemble an old-school house, with various sections
being split into different “rooms”. For example, the bar is the “kitchen” and
there is an area called the “lounge” with comfy chairs and tables surrounding
televisions where you can sit back and relax and even play X-Box. (That’s where
Dan spent much of the evening!)

We were handed a champagne flute and were given
a tour and shown all the innovative design ideas. We really liked how the menus
were stored in old video cases and the funky light features and colour schemes.
29 Park Place had a sort-of nineties vibe, which was brought bang up to date
with the lavish furniture and artwork.

After a little look around we ordered some
cocktails and were brought out some of their dishes to try. The cocktails were
Jam Berry, which were ice cold and super fruity and really delicious. They were
really refreshing with a slight kick, which we loved. We also got to try some
of their curry, which was tasty but really hot so we couldn’t eat it all as
we’re both not a fan of spicy foods, and some meatballs and spaghetti which was
amazing. It’s safe to say we were extremely impressed and we will be returning
for some cocktails and meatballs in the near future.

The press launch was a success and I was
really glad to have been invited. The staff were fabulous and couldn’t do
enough for us, and the place is really innovative and funky, so great if you’re
after something a little different from the usual chain store restaurants you
eat at. It has a unique twist with the 90s theme and I really loved the food
and drinks. If you’re from South Wales or even South West England, definitely
take a trip into Cardiff and try out 29 Park Place.