Eeek, I always get so nervous about posting these types of posts but equally excited! A few weeks ago I posted about my fitness journey and was overwhelmed to see such amazing, incredible responses from so many lovely bloggers. I even had someone e-mail me to say thank you for motivating them and it honestly made my day. It was so touching to see that people were coming along with me on my fitness journey and I felt so happy that I was able to motivate and positively influence people. So, after much deliberation, I’m back with another fitness post and a mini update on my journey! 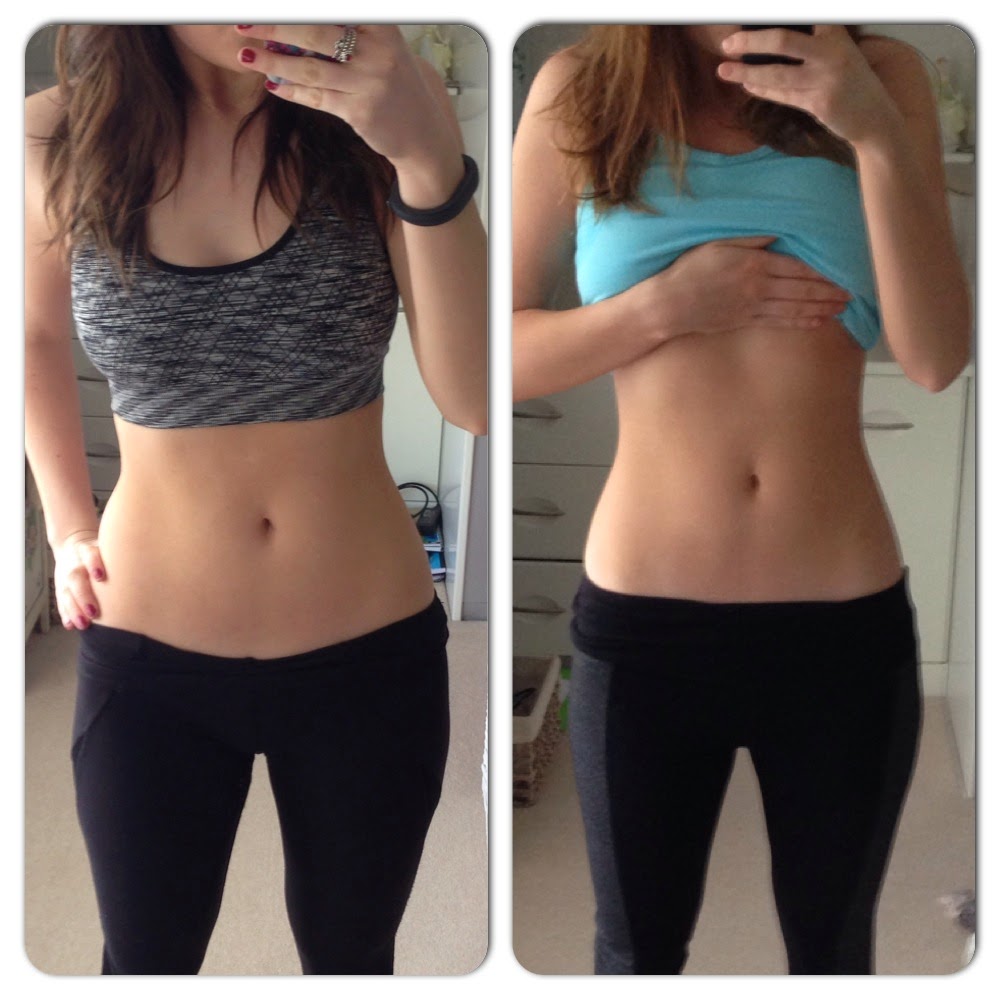 In the last five weeks I’ve noticed a big change in my body, primarily that my stomach has started to look, and feel, less bloated and I am so happy about this. My stomach is the one thing that I battle with as it easily bloats but I have made a few simple changes in my fitness and healthy eating regime and am finally starting to see the benefits.

1. Choosing the healthy option at breakfast.

If I could only live on one type of food for the rest of my life it would be cereal. I love the stuff. I could eat it for breakfast, lunch, tea and even snack on it throughout the day. Before I would have masses of cereal for breakfast and in the evening, if I couldn’t be bothered to cook, cereal would be my go-to meal. I would also snack on it throughout the day – a handful here and there – and it was starting to take its toll. I often felt quite bloated and would sometimes get sharp pains in my stomach and couldn’t seem to pinpoint what it was.

The cereal-eating was getting ridiculous so one day I decided I was going to stop eating it altogether. I opted for porridge and fruit in the mornings and didn’t touch any for three days. Admittedly I have given in here and there, but mostly I have avoided it and I feel so much better. My stomach is a lot flatter and I haven’t been getting those nasty, stabbing pains. Starting my day off with a healthy meal makes me want to keep eating well for the rest of the day too. It’s a win-win!

As a university student and a twenty-one year old who loves to party, clubbing is one of my favourite things. Well, I guess you could say it was. Lately I’ve preferred staying in over a night out and because of university deadlines I’ve only had a cocktail and a glass of champagne in six weeks. This has probably been the biggest change in my diet and the one that has been most effective. I used to go out once or twice a week and would consume so many calories on nights out. Then, the next day I would be tired and sluggish, I wouldn’t be able to push myself in the gym (even though I did drag myself there) and I would eat everything in sight.

Not drinking alcohol has been a game changer in my journey to a healthier body. I am energised, I feel great and to be honest I have realised that I can still go out with friends, get glammed up and enjoy myself without getting completely wasted and I can still have a good time! Then the next day I am up completely hangover-free and ready to face the day ahead. Of course, I’ll go out and have drinks every now and again but as it’s made such a huge difference to both my body and mind I think a cosy night in in front of the telly will be my go-to from now on… I’m getting old.

Running – ugh, I used to shudder at the word! But it’s something I have actually grown to love in the last month or so. The circuits class that I attend about three times a week does lots of varied exercises, but in the sunnier weather we were out on the track and would pretty much be running as well as doing some weights and body exercises for the whole hour. At first, I hated it. I was so puffed out and really found it difficult. My legs ached so badly the next day but after a few weeks I actually really started to enjoy it. I felt my fitness going from strength to strength and with every session the laps became easier. Since then I’ve even started going jogging which is great because it means sunny evenings can be spent outdoors and not in the gym. I feel like this added blast of cardio as well as my usual weighted exercises has really helped me to tone up and just improve my general fitness.

I know running is not everyone’s cup of tea but doing some form of cardio that you enjoy – whether it’s power walking, cycling or even swimming – a few times a week will really help to enlighten you and improve your fitness. It’s even better to be outdoors doing it!

So there we have it, the three little changes I’ve made to my lifestyle lately and the results have proven they are starting to pay off. By choosing a healthier option for breakfast, avoiding alcohol and changing up my fitness regime I’ve managed to get a little bit closer to my goal and it’s so easy to do! Anyone can do it : )

What is your current fitness regime?

What changes have you made for a healthier lifestyle?