Recently I’ve seen so many photos online featuring contoured faces. It makes such a difference, and can make you look like you have the most chiselled jawline and cheekbones in the world. My housemates are also obsessed with Keeping Up with the Kardashians, and after seeing this photo of Kim Kardashian’s face before and after contouring I decided to give it a go. 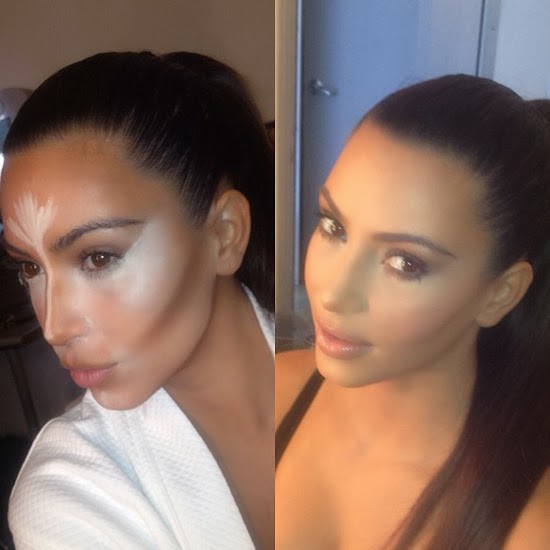 I was browsing through Superdrug when I came across the Sleek counter. I haven’t really tried anything from this brand before, but noticed the Face Form Contouring and Blush Palette and for only £10 (as well as student discount) I thought it was a bargain and decided I would give it a try. 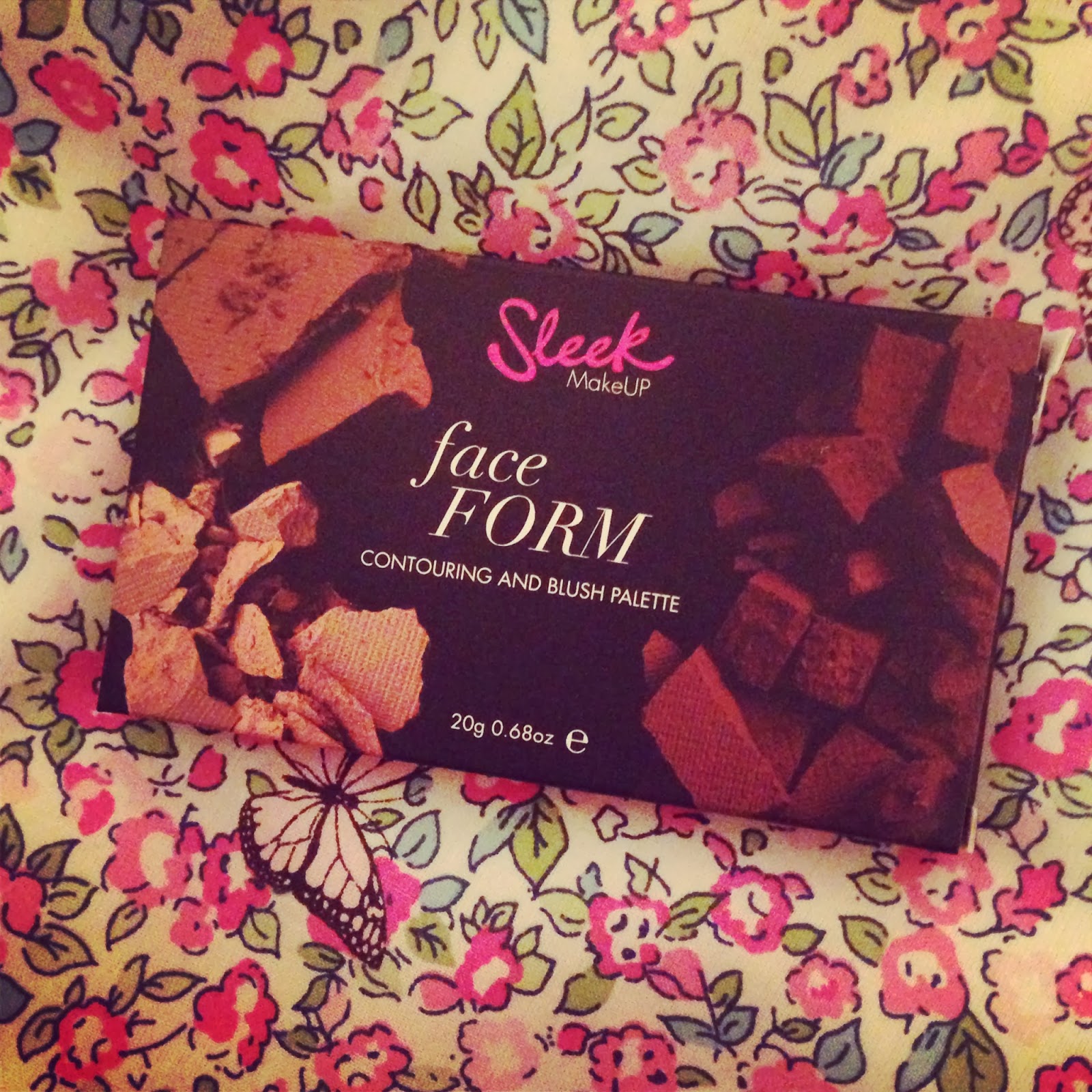 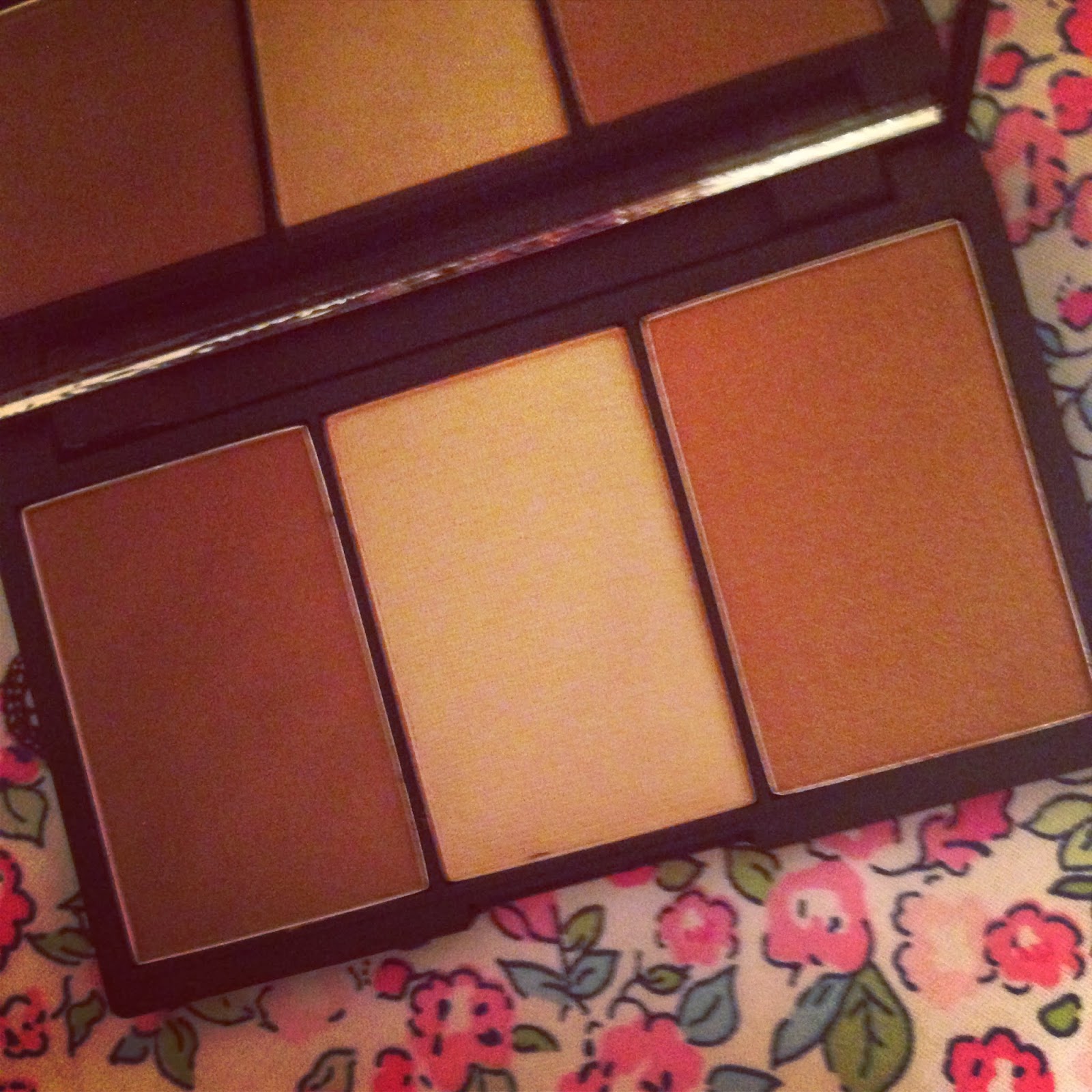 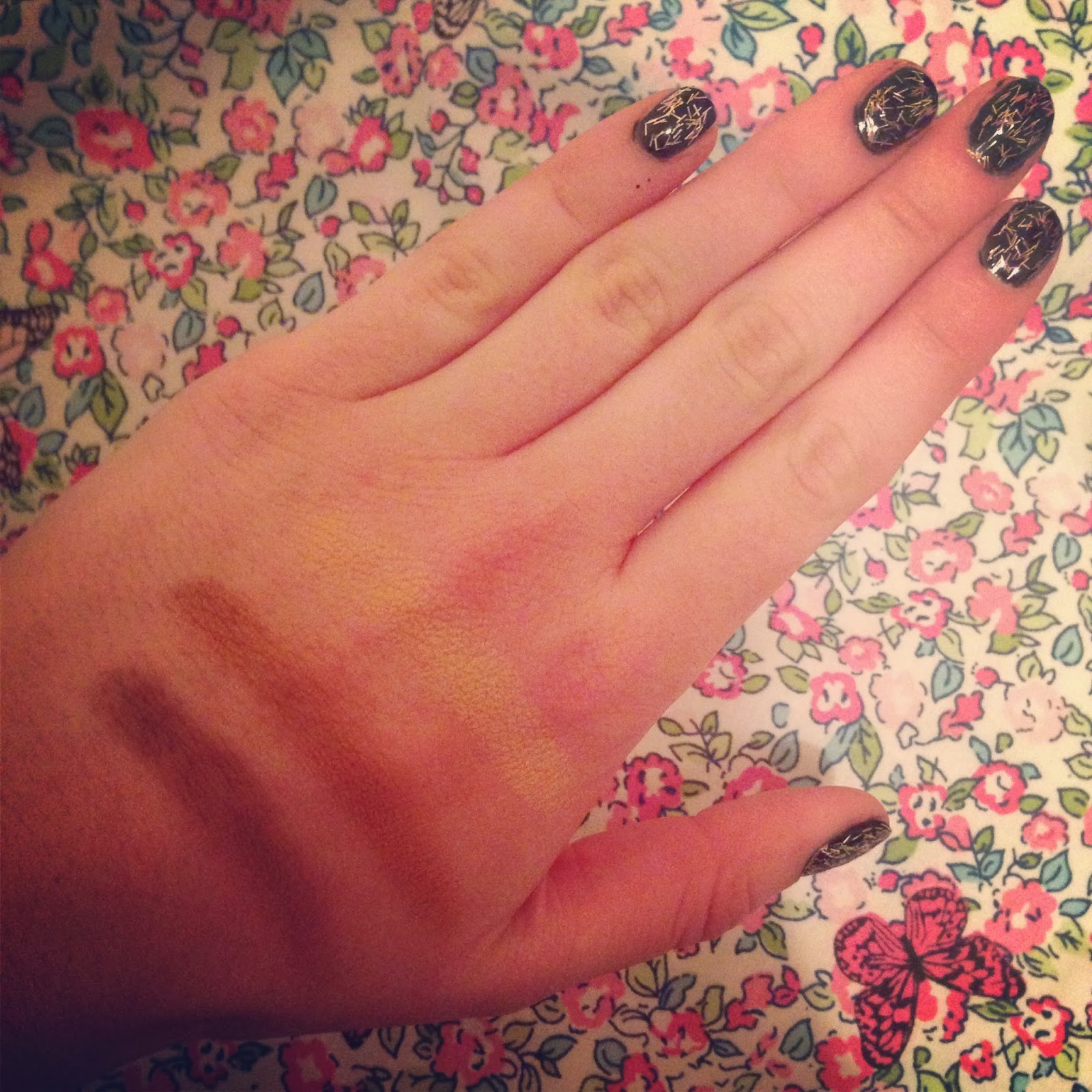 I chose the darkest palette as I like to have a bit of warmth on my face and always wear fake tan for a night out. The palette consists of three shades. A very dark brown to use to contour lines, a very light shimmery shade which is great for using under the eyes, and a shimmery bronze to use as a bronzer all over the face and specifically the cheek bones. I was worried at first that the colour would perhaps be too dark for me but after gently buffing some on I was really impressed.

So, how do you use it? First of all I used a make-up brush to dust some of the lightest shade under my eyes and all along my eyelid, even up towards my eyebrows. I applied this after my layer of foundation and made sure it covered the whole eye area evenly. I was really impressed. It’s great as it eliminates dark circles and brightens up the eyes, which is perfect during these dull winter months. It acts as a lighter version of Benefit’s High Beam, but if you needed that extra brightness you could always use something like that in a liquid base underneath before applying the powder from your Sleek palette.

Next I used the darkest shade to create stripes. I did this under the jaw line, at the temple and under my cheek bones, which was determined by doing an “L” shape with your thumb and finger and pointing it down from the top of your ear. Everyone’s face shape is different so this was a really easy way to determine where to apply this layer of the palette. First of all it appears to be quite stripy and is obviously very noticeable. However, after a bit more of buffing over it with a blusher brush it blends in evenly with my foundation so that it looks like you have naturally amazing cheek bones.

Finally, I added the bronzer which I used on my cheeks as a blusher as well as on other areas including my t-zone and chin. It blends the three shades together perfectly and I was really, really impressed with this palette.

Although it doesn’t give a hugely noticeable difference, it’s brilliant as it just gives a nice natural look and makes your skin look nice and bronzed. You can see a difference definitely, and for such a great price I will definitely be repurchasing. I’ve used it every day since I bought it about two weeks ago and love it! It’s perfect for those new to contouring their face, just like me!

Have you used this palette? Are there any others I could try?
Lots of love, Jessie. xoxo